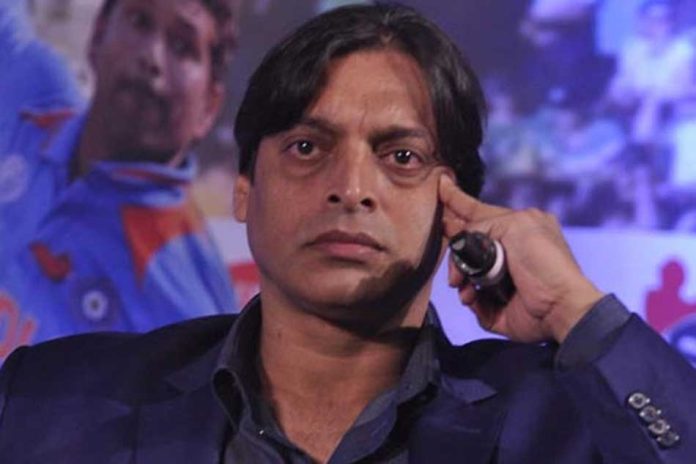 Former Pakistan speedster Shoaib Akhtar has stirred controversy ahead of the virtual semifinal between Afghanistan and New Zealand on Sunday.

Incidentally, the Black Caps will bow out of the ICC T20 World Cup 2021 if they lose against Afghanistan, making way for India to progress through to the top four along with Pakistan from Group 2. On the other hand, if the Kiwis beat Afghanistan, Kane Williamson & Co will qualify for the semifinal.

Shoaib Akhtar is skeptical in case Afghanistan emerge winners in their game against New Zealand, there will be a lot of uproar in the social media. Incidentally, many fans claimed the Afghanistan game as fixed after India thrashed the minnows.

“India’s fate is now in New Zealand’s hands. If New Zealand lose [to Afghanistan] a lot of questions will be raised, I’m warning you. I’m afraid that it will become another trending topic. I don’t want to get into any controversy but sentiments of Pakistanis are really high at the moment as far as New Zealand is concerned.”

“I think New Zealand are better than Afghanistan. If, God forbid, they don’t play well and lose, that will be a problem. Nobody will be able to stop social media if it happens and we have to take that into consideration,” he added.

“Personally, I would want India to advance to the final with Pakistan” – Shoaib Akhtar

The 46-year-old further stated that he wants India to make it to the final so that Pakistan can beat them again to lift the trophy. After two defeats at the start of the tournament, India bounced back to win three on the trot to keep themselves floating for a top two finish in the league stage.

“Personally, I would want India to advance to the final with Pakistan so that we can beat them again. It’ll be good for cricket. It will make the World Cup even bigger. I was telling everyone not to write off India earlier also. Their World Cup was not finished after the first two games,” Akhtar concluded.

India play their last Group 2 fixture against Namibia on Monday.