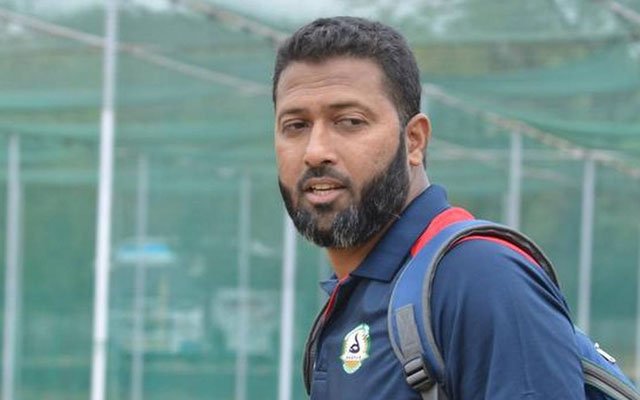 Former Indian Test opener Wasim Jaffer is currently ruling Twitter with hilarious memes while also entertaining the fans in the best possible manner. The former cricketer sees the funny side of happenings and posts it in the form of memes on micro-blogging Twitter platform. He earned a great fan-following, especially after his day-to-day tweets.

Jaffer who is famously referred to as ‘meme king’ on Twitter took a swipe at former England captain Michael Vaughan especially after his crazy prediction went wrong during India’s tour of Australia. When former Australian chinaman bowler Brad Hogg tried to take a sly dig at India’s top-order by offering them batting tips, Jaffer took him down as well.

Whenever someone is taking a jibe at Team India and their players, Jaffer is coming to the team’s defence by shooing the naysayers away either by epic replies or by memes. Team India scripted a historic victory at The Gabba by beating Australia by 3 wickets. Rishabh Pant was adjudged the man of the match for his spectacular 89*.

After India retained the Border Gavaskar Trophy, Jaffer found a new way of trolling the Australians. He took to this official Twitter handle to come up with a perfect tweet. His tweet reads: “So what’s gonna be the excuse this time? Ponting, McGrath, and Warne weren’t playing?#AUSvsIND.”

His tweet received so many replies and the majority of the fans enjoyed it as well. Meanwhile, one of the fans replied to Jaffer’s post by mocking the former Indian opener. The fan teased Jaffer by asking how many Test matches he had played for India in his Test career. “@WasimJaffer14How many test you played for India ?Rolling on the floor laughing. have you ever think,” the fan mocked Jaffer with this question.

Jaffer could have easily silenced him by posting yet another hilarious meme or a humourous tweet but preferred to give him a classy reply. “I might have played just 31 tests my friend, but when I see the Indian team play I feel like I’m playing with them. And I’m sure billion+ people feel the same,” Jaffer wrote. The former cricketer’s reply went viral on Twitter.