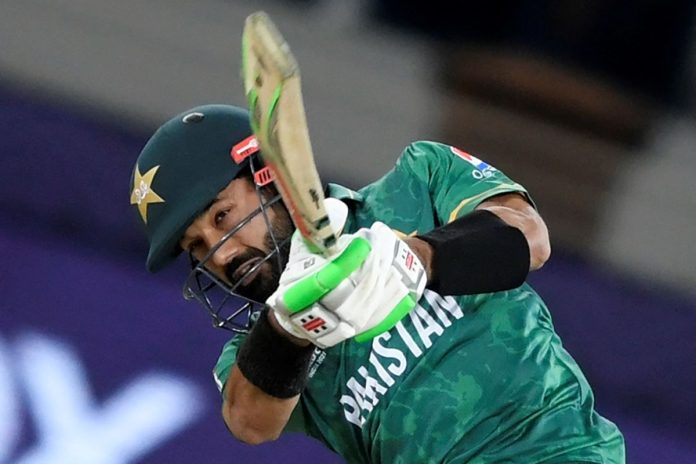 Pakistan’s Mohammad Rizwan played a valiant knock of 67 runs in the semi-final tie against Australia on Thursday despite spending two nights in the ICU with chest pain.

Rizwan and veteran all-rounder Shoaib Malik were down with a flu leading upto the all-important game against the might Aussies. He was only released from the hospital on Thursday morning before being deemed fit to play the Thursday’s semi-final, revealed Pakistan’s team doctor.

“Mohammad Rizwan developed a severe chest infection on November 9th after which he was admitted to the hospital. He spent two nights in the ICU recovering,” Pakistan’s team doctor Najeeb Somroo said.

Mohammad Rizwan in hospital the night before the match against Australia. He had developed a severe chest infection and spent 2 nights in the ICU #T20WorldCup #PAKvAUS pic.twitter.com/E7qbcxdJmg

“He made an incredible recovery and was deemed fit before the match. We can see his great determination and tenacity that shows his spirit of performing for the country. And we can see how he performed today,” he added.

When quizzed about why it was not revealed earlier, Najeeb Somroo revealed it was a team decision to keep the morale high.

“Definitely he’s a team man. The way he played today, it was exceptional,” said Babar.

“When I saw him, he was a little bit down, but when I asked him about his health he said, no, I will play. And the way he played today he showed that he’s a team man. And I am very confident about his attitude and his performance,” he added.

Mohammad Rizwan struck four towering six during his 67-run knock to propel Pakistan to 176 runs but an unbeaten 81-run stand between Marcus Stoinis and Matthew Wade took Australia to the grand final on Sunday night.