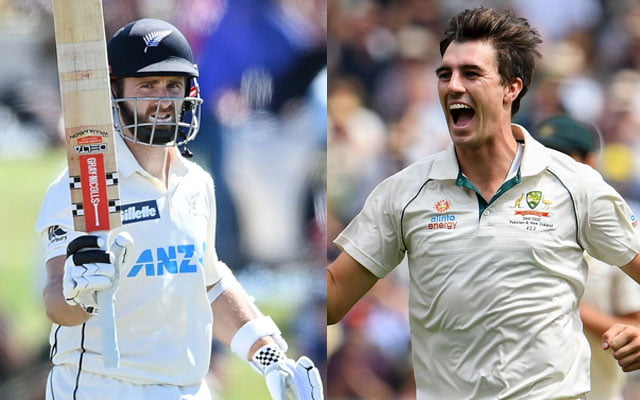 The cricket fraternity is currently busy watching the ongoing 14th edition of the Indian Premier League. The cash-rich IPL comes to a close on May 30. Post the IPL, India will cross swords with England in the ICC World Test Championship final on June 18. The match will be held in Southampton.

Fans from all across the world are eagerly waiting to watch the high voltage clash. Ahead of the championship, Wisden named the best World Test Championship XI and it features three Indians, three Australians, two players from England and New Zealand, one player from Sri Lanka respectively.

Although three Indians made the cut in the playing XI, there is no place for Indian captain Virat Kohli. Rohit Sharma and Dimuth Karunaratne are the opening partners while Australia’s Test specialist batsman Marnus Labuschagne made the cut in the list. Australia’s Steve Smith who comes at No.4 is ranked second in the ICC Test player rankings for batsmen.

Kane Williamson is the captain of the World Test Championship XI

Wisden named Kane Williamson as the captain of the team. Kane is best known for his exceptional batting and captaincy and it was no surprise seeing him in the XI. Kane Williamson is the No.1 batsman in the ICC Test player rankings. But it is still a surprise for many as to why the best cricketer in the world, Kohli didn’t make the cut.

England’s top all-rounder Ben Stokes has been slotted at No.6 whereas India’s young wicketkeeper-batsman Rishabh Pant played really well in Australia and hit the winning runs for his side at The Gabba has been chosen the wicketkeeper. Pant is ranked 7th alongside his compatriot Rohit Sharma in the Test batting rankings.

New Zealand’s lanky pacer Kyle Jamieson impressed everyone with sensational bowling spells. He will be looking forward to making his presence count in the marquee clash against India. Ravichandran Ashwin is the solitary spinner in the XI. The most experienced spinner in the modern era is second in the ICC Test rankings for bowlers.

The pace department includes the likes of Pat Cummins and Stuart Broad. Both the pacers have been the linchpins to their respective teams. Cummins is the No.1 Test bowler while Broad is ranked 7th.