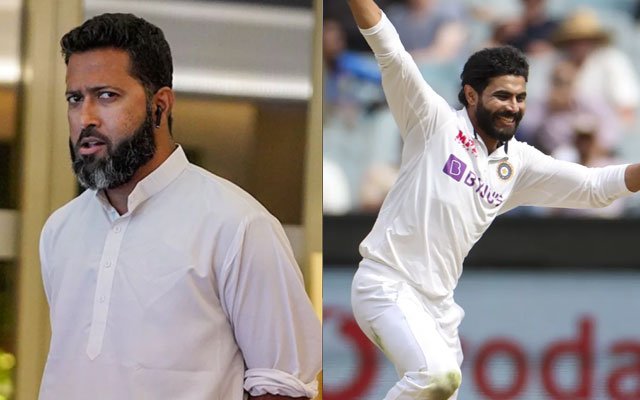 The ICC World Test Championship final between India and New Zealand is just a day away from garnering the attention of the cricket fraternity. Ahead of the final, cricket experts, cricketers are having a busy day picking their playing XI.

Earlier, Harbhajan Singh excluded Ishant Sharma and went with Mohammed Siraj for the WTC final at the Rose Bowl in Southampton on June 18. Former Indian cricketer VVS Laxman was of the opinion that Ishant Sharma should be picked ahead of Mohammed Siraj as the legend backed the selection committee to go with experience.

Wasim Jaffer picks experience over youth in the WTC final

Meanwhile, former Indian cricketer Wasim Jaffer also picked his playing XI. The former Indian opener reckons that the experienced campaigner Ishant Sharma will be the right man because he played over 100 Tests and besides that, he has also gained formidable experience while playing County cricket.

Ishant Sharma is the most capped player in the Indian Test team. Having played 101 Tests for India, he took as many as 303 wickets. Meanwhile, the 43-year-old cricket expert heaped praise on the in-form Siraj who made a good impression in the Border Gavaskar Trophy series against Australia.

The Hyderabad pacer took 13 wickets in just 3 Tests. The majority of the cricketers and experts went with Siraj in their teams because of his unique ability to move the ball both ways whereas others went with Ishant owing to his experience. Meanwhile, Jaffer also went with experience over youth. Ishant Sharma has been picked ahead of Siraj in Jaffer’s XI.

“I feel the fast bowlers, especially Jasprit Bumrah and Mohammed Shami, pick themselves. They are outstanding bowlers and then you have a choice between Ishant Sharma and Mohammed Siraj who had a really good Test series against Australia,” Jaffer said while speaking about playing XI on his YouTube channel.