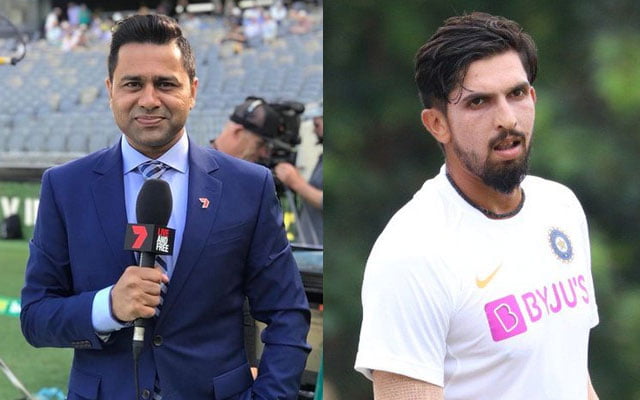 Former Indian cricketer Aakash Chopra has earned praises for his in-depth analysis of the gentleman’s game. He has done amazing work in the field of cricket. He is a keen observer of the game and gives his opinions on social media.

He either posts tweets on his Twitter handle or uploads video on his YouTube channel. The inaugural edition of the ICC World Test Championship is just a couple of days away from the start. Meanwhile, Aakash Chopra picked India’s playing XI for the WTC final.

In a recent interaction with ESPNcricinfo, the cricket expert picked the best playing XI. Chopra excluded Mohammed Siraj in his playing XI. The expert went with Shubman Gill and Rohit Sharma as openers. After that, he picked Test specialist Cheteshwar Pujara, Virat Kohli and Ajinkya Rahane in the line-up. The cricket analyst also didn’t pick Hanuma Vihari and went with wicketkeeper-batsman Rishabh Pant at number six.

Surprisingly, the 43-year-old picked two spinners despite the fact that the English conditions are totally not in favour of the spinners. Ravichandran Ashwin and Ravindra Jadeja made it to Chopra’s XI. Among the pacers, Chopra excluded in-form Mohammed Siraj and went with Ishant Sharma, Jasprit Bumrah and Mohammed Shami.

Siraj made a reputation for himself when he made his Test debut at the Sydney Cricket Ground (SCG). He played three Tests and finished the Border Gavaskar Trophy series as the leading wicket-taker with 13 wickets. Overall, he took 16 wickets in 5 games.

Indian players already arrived in the UK on June 3 and completed their mandatory quarantine protocols. Now, they have been involved in an intense practice session. They also played an intra-squad practice match to get adapted to the England conditions. Meanwhile, New Zealand are literally riding high on confidence after their sensational 1-0 series win over England.