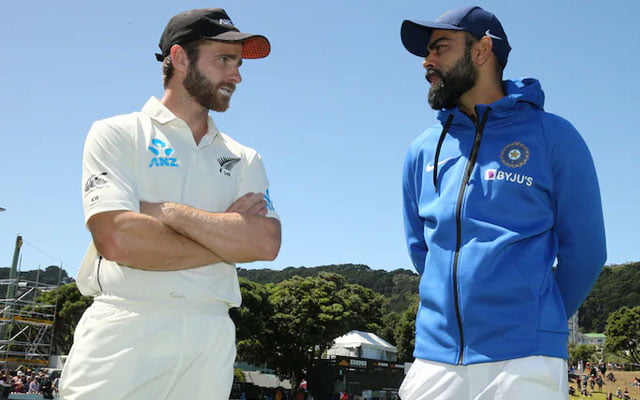 Virat Kohli & Co already arrived in the UK on June 3 and completed their mandatory quarantine procedure. Team India have tough challenges ahead as they will lock horns with New Zealand in the ICC World Test Championship final at The Rose Bowl in Southampton on June 18 (Friday).

The high-voltage clash is only three days away from going all guns blazing. It will be quite interesting to see which team comes out on top because both the teams have plenty of experienced players to bring the best out of them in the event.

Since it is a one-sided affair it will be a tricky contest and the team that plays the best cricket will come through with flying colours. New Zealand have already accustomed to the conditions in England much before India. They have already played two Tests in England.

New Zealand had the upper hand in the first Test but in the end, England played out a draw at Lord’s Cricket Ground. However, in the second Test match, the Kiwis came up with a perfect plan to outsmart the English team in their own den. The visitors won the game by 8 wickets to win the series by 1-0.

On the other hand, India don’t have much time for practise before they take on the Kiwis. However, Indian players have the best players to put up a great fight. The ICC Test team ranking speaks for itself as India and New Zealand and India are ranked first and second.

The entertainment quotient would certainly get doubled since this is the inaugural edition of the tournament. Meanwhile, the CEO of the International Cricket Council (ICC), Geoff Allardice announced that the winner of the championship will receive US $1.6 million as prize money.

On the other hand, the runner-up will receive $800,000. But what if the match ends in a draw? In this scenario, the prize money will split into two. Cricket fans from all across the world are eagerly waiting for the contest. Virat Kohli and Kane Williamson are yet to win an ICC trophy as captain. It remains to be seen which captain gives the best shot this time.