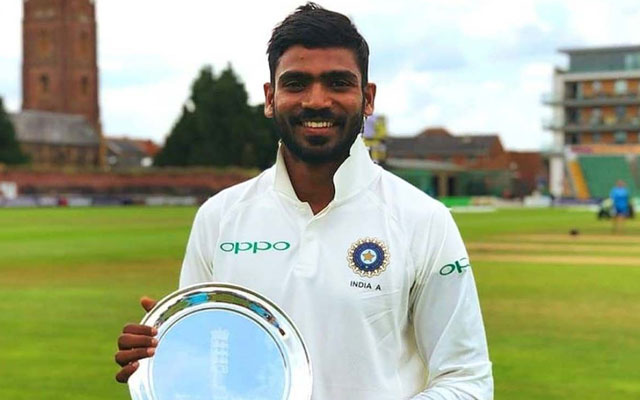 In the latest development, Team India have arrived in the United Kingdom for two important assignments. At first, they will cross swords with New Zealand in the ICC World Test Championship final at The Ageas Bowl in Southampton on June 18. Then in the month of August, they will lock horns with England in the five-match Test series.

As of now, the Indian team will begin their practice session after finishing their mandatory quarantine spell in the UK. With a perfect mix of talent, experience and balance, Team India will be looking forward to putting on a great show. However, Virat Kohli & Co will have their task cut out since Kiwis will approach with a different perspective.

Kane Williamson and Co are playing first of the two-match Test series at The Lord’s Cricket Ground. After that, they will play their second Test match at Edgbaston on June 10. Needless to say, there were quite a few unexpected moments that arrived during the team announcement.

The exclusion of players like Hardik Pandya, Prithvi Shaw and Bhuvneshwar Kumar took the Indian cricket fraternity by surprise. The team management decided to keep a few notable faces as a backup for the inaugural edition of the WTC final. If any player sustains an injury, then a timely replacement can be done.

KS Bharat flies back home; didn’t travel to the UK

In the latest development, KS Bharat was one such wicket-keeper named in the reserved list. The main squad already consists of 3 wicketkeepers like Rishabh Pant, Wriddhiman Saha and KL Rahul. The main reason behind this development was when Wriddhiman Saha contracted a virus infection during IPL 2021.

However, he has fully recovered and KS Bharat is no longer with the squad. KS Bharat didn’t board the flight from Mumbai to the UK and instead, he went back home. As per the reports, Saha’s timely recovery led to this development. There is no doubt that the team management would go with attacking wicketkeeper-batsman Rishabh Pant considering the kind of form.