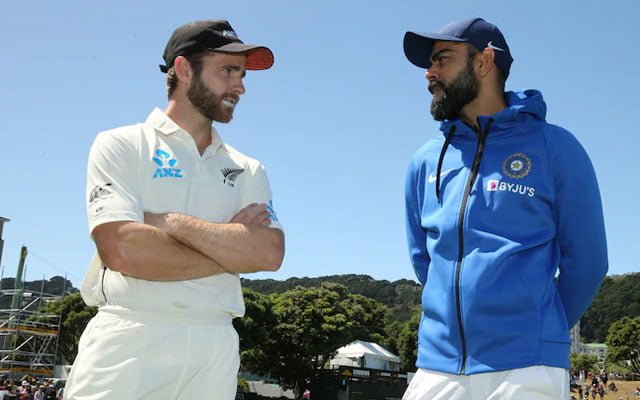 The ICC World Test Championship final is scheduled to go all guns blazing on June 18 in Southampton. The two best Test teams namely India and New Zealand will face each other at The Ageas Bowl. Both teams will give absolutely everything to win the marquee contest.

Both the captains are yet to win a major ICC event and it remains to be seen which captain has the aura to do it for the first time ever. India and New Zealand were on top of their game ever since they started playing the World Test Championship.

India to lock horns with New Zealand on June 18

The ICC WTC final is 15 days away from getting started and meanwhile, there has already been so much hype. People from all across the world are talking about the epic clash of the titans. Both teams have the tools and ingredients to win the massive contest.

However, the Kiwis will have an edge over the Indians because they will be playing a two-match Test series against England. By playing 2 matches, Kiwis will be accustomed to the conditions to better effect than Team India.

On the contrary, Virat Kohli & Co will not have much time to get used to the conditions. Kiwis have long been recognised as an underrated team. Even in the 2019 World Cup semi-final, many underestimated them but they knocked India out of the competition.

Rohit Sharma will be opening for the first time in England and there is no doubt that there will be a massive movement. If he stays at the crease and gets set then there are chances that India may put a big total. Rohit and Shubman Gill are expected to open the innings.