Jonny Bairstow to return for 3rd and 4th Test against India: ECB 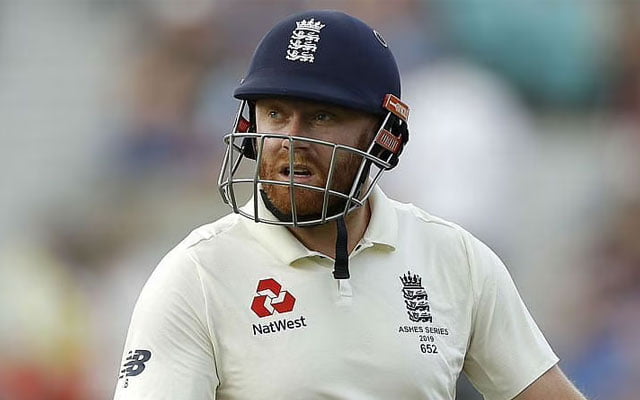 England batsman Jonny Bairstow hasn’t been in good form of late. Although he was pretty decent in the recently-concluded Test series against Sri Lanka, he didn’t live up to his reputation. The right-handed batsman scored 47 and 35* in the first Test match in Galle. His unbeaten knock in the second innings helped England beat Sri Lanka by 7 wickets.

In the second Test, he scored 29 and 28 respectively, which is pretty much poor considering a player of his quality. The real challenge awaits England as they will lock horns with India in a full-fledged tour – 4 Tests, 5 T20Is and 3 ODIs. The tour kicks off with the Test series, with the first Test scheduled to be played at MA Chidambaram Stadium in Chennai.

Jonny Bairstow to return for 3rd and 4th Test

England Cricket Board confirmed that Jonny Bairstow will return for the third and fourth Test match against India. Apart from Bairstow, Sam Curran, Mark Wood will return to the third and fourth Test. After the conclusion of two-match Test series against Sri Lanka, Bairstow, fast bowler Mark Wood and all-rounder Sam Curran were rested for the first two Tests against India as part of the team management’s rotation policy.

Former England captain Michael Vaughan launched a scathing attack on the rotational system. “Every individual case is different. They are managing the amount of time in the environment. The T20 World Cup, which is coming up, got the IPL tournament as well where players gain a lot of experience. I suppose Jonny is on a white-ball contract at the moment as well but he is coming back in after the first Test back into the squad,” Thorpe had said in the virtual press conference.