Facebook blocks picture of England team for being ‘overtly sexual’ 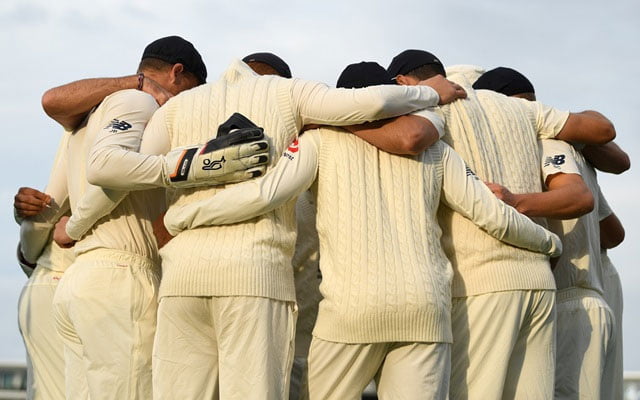 Joe Root & Co channelised their aggression in the right manner in the first Test match against India in Chennai. The manner in which they started the innings with a positive note indicated that they were the favourites to win the game. England posted 578 in the first innings and restricted India to 337. In the second innings, they were bowled out for 178 and set a target of 420 for the hosts.

Team India failed to chase down the target as England won the Test opener by 227 runs to take an opening lead in the four-match Test series. They started their tour with a win and will be looking forward to continuing their good form. Joe Root won six straight games in the Asian conditions as captain. The second Test is scheduled to be played at the same venue on February 13, Saturday.

In a shocking turn of events, social media giant Facebook has reportedly blocked a pic of the England national cricket team for falling in the bracket of ‘overtly sexual’ content. The picture involves a group of England players and as per Facebook policies, it had to be blocked. The picture of the England team players was one of the pictures of a digital photo gallery that was blocked by Facebook as per a report.

The England team’s photo which was labelled ‘overtly sexual’ was taken during the fourth Test match against India at Southampton in 2018. The Test is popularly remembered for being England batting legend Alastair Cook’s last Test match. Cook has been one of the important pillars of England cricket history.

After the Test series, both teams will lock horns with each other in as many as 5 T20Is followed by three ODIs. It is a long tour, which will come to a close on March 28.