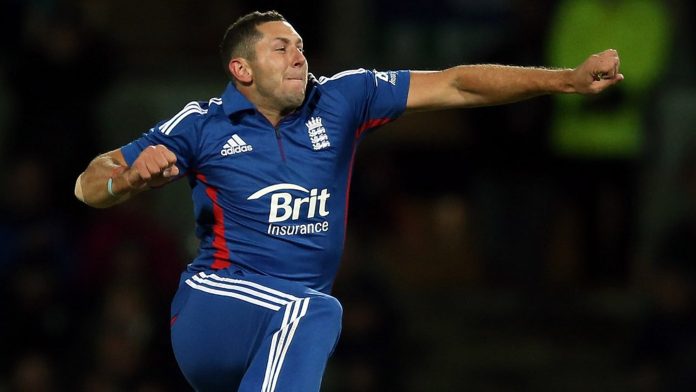 Former England all-rounder Tim Bresnan has announced his retirement from all forms of the game on Monday (January 31). His club Warwickshire confirmed the development putting curtains on his career that spanned for two decades.

Bresnan represented England in 23 Tests, having had made his Test debut against West Indies at Lord’s in 2009. He has also played 85 ODIs and 34 T20Is. In his first-class career, he amassed 7,138 runs and 575 wickets with 7 centuries and 9 five-wicket hauls.

In a statement released by Tim Bresnan’s County club, he said:

“This has been an incredibly tough decision, but after returning to winter training I feel that this is the right time,” Bresnan said on Monday (January 31). “I have continued to work hard throughout the off-season to prepare for my 21st professional year, but deep down I feel I can’t reach the high standards that I set myself and my teammates. The hunger and enthusiasm that I have for the game I love will never leave me, but whilst my head is willing to tackle the 2022 season, my body is not.”

Tim Bresnan, who was an integral part in Warwickshire securing an eighth County Championship title in 2021, added:

“I will always look back at my career with immense pride and it’s been an absolute honour to represent Warwickshire, my home county and country,” Bresnan said. “Growing up I never would have believed how lucky I was to play with and against some of the finest cricketers to grace the game… the opportunity to wear the Three Lions is something that should never be taken for granted and I’m proud to have played a very small part in our country’s storied history. I’m excited for my next chapter and am determined to throw everything into it, like I did on the cricket field for so many years.”

Incidentally, Tim Bresnan joined Warwickshire after spending 19 years in Yorkshire from 2001 to 2019. Warwickshire’s Director of Cricket Paul Farbrace admitted that it was a delight to work with the celebrated all-rounder, who played key role in England’s many victories in the limited-overs format.

“Tim has had an astounding career. I’ve been incredibly fortunate to work with him throughout his cricketing journey and he has been a marvellous servant to the game. When Tim joined Warwickshire, I believed he could make a huge impact to our side with his experience, knowledge and attitude, and as a County Champion he has certainly achieved that,” Farbrace said.

“His performances for the club have been exemplary… during his international career, Tim rose to the occasion when his country needed him and his achievements on the biggest stage show how talented and driven, he is,” he concluded.