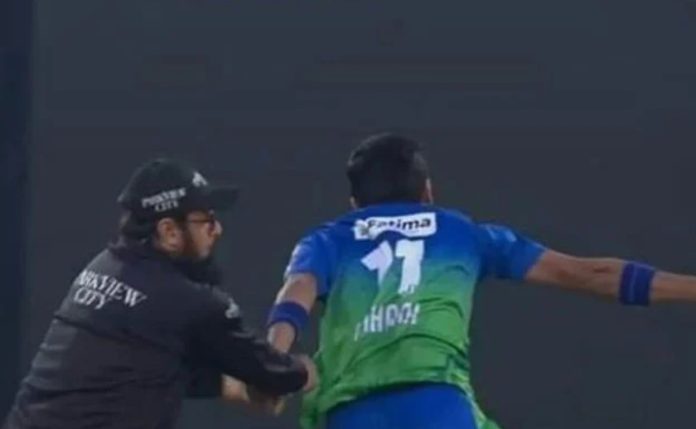 It has been a common trend that a bowler is certain to come up with his own celebration, especially after taking a wicket. However, a recent celebration from Shahnawaz Dahani during the ongoing Pakistan Super League has indeed surprised the cricket fraternity.

During the game between Multan Sultans and Quetta Gladiators, Shahnawaz Dahani hogged the limelight for his antics on the field. The way in which the celebration turned out was something out of the syllabus. Before we get into that, let’s know about his bowling performance in the game.

While Shahnawaz Dahani tried to steal the spotlight for his celebration, Aleem Dar also came into the big picture as he tried to catch the Multan Sultans’ fast bowler when he was celebrating after bagging a wicket.

Dahani was pleased as punch after making a mess of Naseem Shah’s stumps. After dismissing him, the fast bowler was in full mood to come up with a celebration. So he sprinted towards the boundary to begin his celebration.

Meanwhile, Aleen Dar came across his path only to stop him. However, Sultans fast bowler was pretty quick and the on-field umpire couldn’t stop him. The light moment between the pacer and umpire has gone viral on the internet.