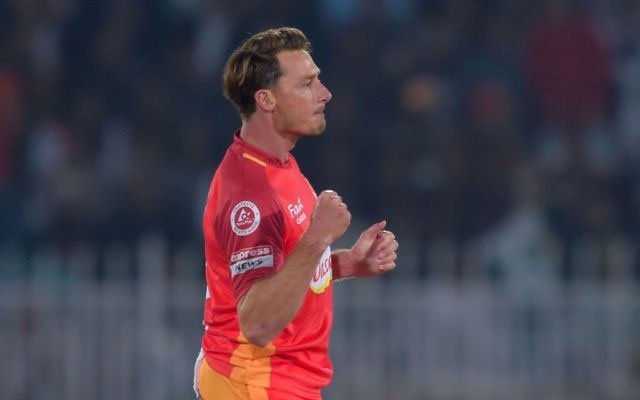 South Africa fast bowler announced his retirement from the longest format of the game last year in order to concentrate on limited-overs cricket. Since then he hasn’t played much cricket. When he participated in the thirteenth edition of the Indian Premier League (IPL), his performance was far from pleasing. In fact, he hardly featured in the IPL in the last three seasons.

He played only 3 games where he picked up just 1 wicket. His terrible form saw him lose his place in the playing XI. However, when he signed for Kandy Tuskers in the Lankan Premier League, he rose from the ashes and delivered the much-needed amends. Playing only his first game in the LPL, he made a tremendous impact by taking a wicket in his very second ball.

During the 2nd ball of the first over, Steyn bowled a superb delivery which forced Avishka Fernando to play the shot towards the off-side. But while doing so, he got an inside edge as the ball went straight to the hands of Kandy Tuskers’ captain and wicket-keeper Kusal Perera.

South Africa fast bowler was enthusiastic after picking up his first wicket in the LPL. After he took a wicket, he performed a new celebration and the video of the same is doing the rounds on social media. Steyn didn’t stop just there as he went on to pick one more wicket by getting rid of Wanindu Hasaranga.

Kandy Tuskers’ bowlers performed incredibly well and bowled Jaffna Stallions out for 150. Nuwan Pradeep was the star of the show as he picked up 3 wickets. Steyn, Fernando and Gunaratne bagged 2 wickets apiece.

Kandy Tuskers aced the run-chase in 19.1 overs and beat the Stallions by 6 wickets. After a fantastic win over Jaffna Stallions, Kandy Tuskers stay alive in the tournament. Asela Gunaratne was the man of the match for his fantastic match-winning half-century.