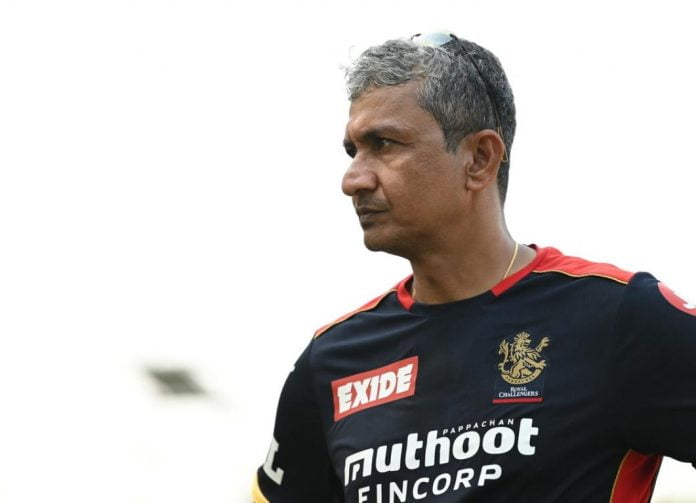 Indian Premier League (IPL) franchise Royal Challengers Bangalore (RCB) has appointed former India all-rounder Sanjay Bangar as their head coach ahead of the next season. He takes over from Mike Hesson, who filled in Simon Katich’s replacement, who stepped down ahead of the UAE leg of IPL 2021.

Sanjay Bangar had joined the RCB ahead of IPL 2021 as a batting consultant. He will now replace Hesson as the head coach of the side. Meanwhile, Mike Hesson will continue in his original role  as director of cricket operations.

“I have worked with some exceptional and talented members in the squad and can’t wait to take this team to the next level,” Sanjay Bangar said in a statement issued by the franchise.

“There’s a lot of work that needs to be done with the IPL mega auctions and the season following it, but I’m sure that together with the continued support of the management and the support staff, we can deliver the goods and bring cheer to our fans across the globe,” he added.

Mike Hesson speaks about the appointment of RCB’s Head Coach while Sanjay Bangar addresses the fans explaining his plans for the mega auction and the 2022 season, on @myntra presents Bold Diaries.#PlayBold #WeAreChallengers #IPL2022 pic.twitter.com/wkm7VbizTV

Sanjay Bangar has served as India’s batting coach from 2014 before being replaced by Vikram Rathour in 2019 and also has prior coaching experience in the IPL. He was Kings XI Punjab’s (now known as Punjab Kings) assistant coach in 2014 before being promoted to head coach during the season, but he stepped down from the role in December 2016.

He has also worked as the batting coach of the now-defunct Kochi Tuskers Kerala.

Royal Challengers Bangalore, who lost to Kolkata Knight Riders in the eliminator of IPL 2021, will be on the hunt for a new captain as well after Virat Kohli stepped down at the end of the season.