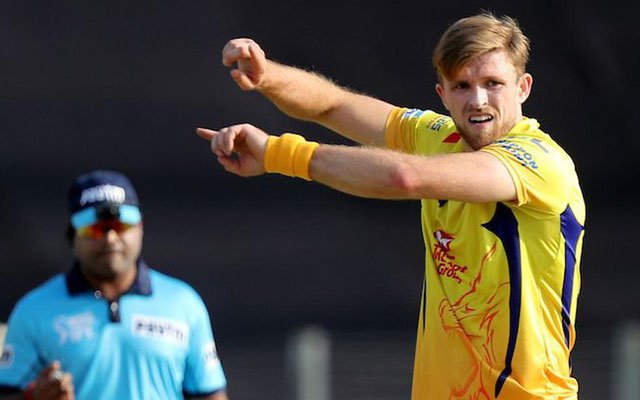 Australia’s regular feature Josh Hazlewood is well-known for his sheer pace, lethal beamers and consistent performances in the game of cricket. The 30-year-old pacer was snapped up by the three-time IPL champions Chennai Super Kings in the mega IPL auction ahead of the 2020 season at the United Arab Emirates.

The fast bowler with big-game experience to his resume has however played just three games for CSK in the previous season. The right-arm fast bowler took 1 wicket to his name. While CSK retained his services for the next season, the pacer himself took an important decision at the last moment.

Just less than a week ahead of the tournament, the Australian pacer decided to pull out of IPL 2021. The New South Wales native made his stance quite clear that he wants to rest up for important events like the T20 World Cup and the Ashes series. Hazlewood’s exit at this stage would certainly give a big headache to CSK.

CSK are scheduled to begin their campaign when they take on Delhi Capitals on April 10 at the Wankhede Stadium in Mumbai. Meanwhile, the three-time IPL champions haven’t named a replacement yet. In this article, we will take a look at 5 players who can replace Josh Hazlewood at CSK.

Chennai Super Kings have often been a franchise that has relied more on spinners than pacers. Adil Rashid has a great chance of getting picked up by the yellow army. The leg spinner had earlier registered himself at the 2021 auction for a base price of INR 1.5 crore.

Sadly, no team showed any interest in rope in the experienced spinner. The 33-year-old is known for his subtle bowling variations of good line and lengths. He bowled really well during England’s tour of India. The veteran picked up important wickets.

Rashid who was part of the England squad that won the 2019 ODI World Cup is yet to make his debut in the IPL. The leg spinner has played 57 T20Is in his cricketing career wherein he took 55 wickets in 54 bowling innings at an economy of 7.54.