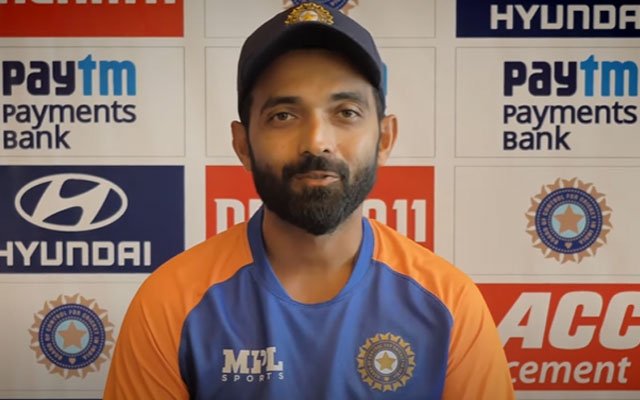 Joe Root & Co stunned Virat Kohli & Co by dictating terms from the word go. As the overs progressed, England cricket team were the dominant side. They channelised the aggression in the right way in the first innings by posting 578 with cumulative efforts of Joe Root (218), Dominic Sibley (87) and Ben Stokes (82). In response, Indian players were restricted to 337 by England bowlers.

While Indian bowlers made a surprising comeback in the second innings by restricting England to 178, the game was still in favour of the visitors as they managed to stretch a 419-run lead. Team India failed to chase down the target as they fell prey to England bowlers like James Anderson and Jack Leach. Anderson took 3 wickets while Leach accounted for 4 dismissals as England won the game by 227 runs.

After England took a 1-0 lead in the high-profile Test series, Indian players came under fire for their inability to fire with the bat. More importantly, a lot was expected of Indian Test vice-captain Ajinkya Rahane. The stalwart failed miserably in both innings as he departed for 1 and 0 respectively. Dominic Bess took Rahane’s wicket in the first innings while Anderson made a mess of Rahane’s stumps as the latter departed for a duck.

If you look at my last 10-15 Tests, you will find some runs there: Ajinkya Rahane

In the wake of twin failures in the first Test match, Ajinkya Rahane was on the receiving end of trolls and abuses. Fans lashed out at the senior batsman for his dismal performance. Meanwhile, the batsman himself spoke about his bad form in the virtual press conference ahead of the second Test match at Chepauk Stadium in Chennai on Saturday.

Rahane highlighted that they played at home after 2 years and more importantly, the game is not about individual and it’s all about the team. The right-handed batsman further added saying that he has indeed scored runs in his last 10-15 Tests. “We are playing at home after two years. It’s all about the team, not about any individual. If you look at my last 10-15 Tests, you will find some runs there,” the 32-year-old added.

Rahane has essayed as many as 779 runs at an average of 29.96 in 18 matches including a century and 6 fifty-plus scores in Test cricket. He will be looking forward to shutting the critics in the second match against England.