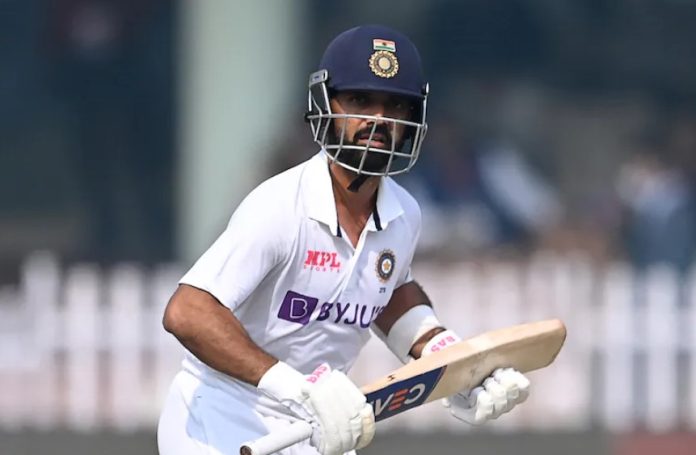 India’s experienced campaigner Ajinkya Rahane has been under a tremendous amount of pressure right now for his string of low scores of late. The right-handed batter has no option other than making a bold statement in the ongoing Test series against South Africa.

The veteran was named in the starting XI in the Boxing Day Test match at SuperSport Park in Centurion. Earlier in the day, Virat Kohli won the toss and opted to bat first. The openers got off to a terrific start as KL Rahul and Mayank Agarwal added a 117-run stand before Mayank got out for a well-deserved 60 runs that included nine boundaries.

Lungi Ngidi dismissed him in the 41st over. On the other hand, Cheteshwar Pujara got out for a duck off the very first ball off Lungi Ngidi. Indian Test captain Virat Kohli scored 35 before being dismissed by lanky pacer Ngidi.

Ajinkya Rahane reminds himself to ‘watch the ball’

After Kohli’s departure, Ajinkya Rahane came out to bat at No.5. It is cognizance of the fact that Rahane has been in the dismal form of late. Rahane has been far from being impressive this year as he averages 19.57 in 21 innings.

His last best outing came against Australia back in 2020 when he scored a magnificent century at the Melbourne Cricket Ground (MCG). Despite his poor form, the selectors have still backed him by including him in the Test squad against South Africa.

The 33-year-old batted with flair and confidence ever since he walked out to bat. He displayed grit and determination in the Centurion Test. Meanwhile, a video doing the rounds on social media shows how Rahane repeatedly kept on reminding himself to watch the ball.

Rahane reminding himself to watch the ball as the bowler runs up makes me realise how cruel cricket can be for such experienced guy pic.twitter.com/3HKhVgMMFc

Rahane played quite well alongside KL Rahul and scored an unbeaten 40* on an opening day against Proteas. Ahead of the Centurion Test, Rahane got the backing of captain Virat Kohli and his teammates. During a recent press interaction, KL Rahul praised Rahane by calling him a “very very strong player”.

“Ajinkya has been a very important part of our Test team and has played very, very crucial knocks in his career. The last 15-18 months, if I can think back, his knock in Melbourne was really really crucial; it helped us win a Test match.

That partnership with [Cheteshwar] Pujara at Lord’s in the second innings where he got a fifty was really important, and that ended up in us winning the Test match. So he’s been a key player for us in the middle order, and he’s a very, very strong player,” Rahul added.

CricBouncer is an online news portal covering all the latest happenings related to Cricket world.
Contact us: [email protected].com