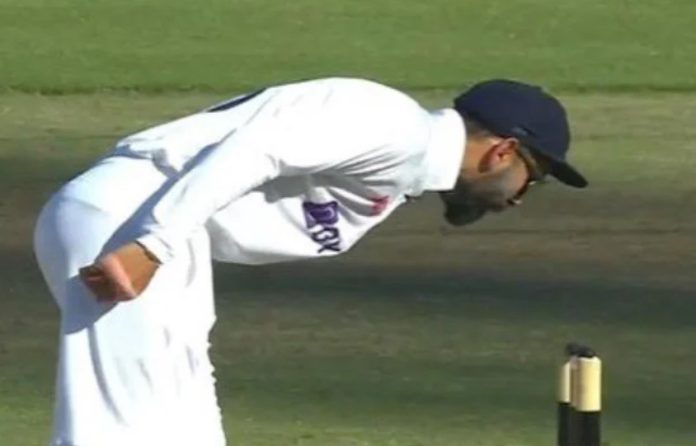 We must admit that the advent of technology in cricket has indeed reduced the umpiring howlers in the sport. In fact, nobody literally knows when the game could tilt and when the umpire commits a mistake, technologies like DRS, Snicko, Hotspot, Hawk-Eye, TV replays in different camera angles have always come in handy.

Although these technologies have largely played a part in the cricketing universe, questions have been raised on its accuracy. The third and final Test match between South Africa and India at Cape Town witnessed one such incident on Day 3. Indian players were unhappy with the way how things panned out.

Earlier, Team India aggregated 223 in the first innings as Virat Kohli scored 79. Kagiso Rabada was the pick of the bowlers for Proteas as he took 4 wickets. On the other hand, Proteas replied with 210 and were 13 runs short of India’s first innings total. Jasprit Bumrah took his 7th five-wicket haul in Test cricket.

India were skittled out for 198 in the second innings. Rishabh Pant played one of the finest knocks of his Test career as he scored an unbeaten century off 139 deliveries. He hit 6 fours and 4 sixes to his name.

India managed to stretch a lead of 211 in the second innings and Proteas required 212 to win the Test. During the 22nd over of Proteas’ innings, veteran off-spinner Ravichandran Ashwin trapped Dean Elgar in front and the umpire Marais Erasmus raised his finger and adjudged him out.

Meanwhile, Dean Elgar thought for a while and then took a review. The TV replays on the big screen clearly showed that despite the red cherry hitting the Proteas’ Test captain’s below the knee-roll, the hawk-eye suggested that the ball was going over the stumps.

This is what Virat spoke in the stump mic after that delivery that ashwin bowled💪#SAvsIND pic.twitter.com/Q7JNBfRcKe

Marais Erasmus was literally taken aback by it and had to overturn his decision. Indian skipper Virat Kohli was left in total disbelief as he vent his frustration out in an angry manner.

Whatt is going on

Virat Kohli speaking right into the stump mic indicating that the DRS is definitely rigged to favour South Africa.

Ravi Ashwin was heard saying at the stump mic: “You should find better ways to win Supersport”.

Did Ravi Ashwin have words with the Super Sport technicians there, after that overturned lbw? #savind pic.twitter.com/OKAqCsSTPR