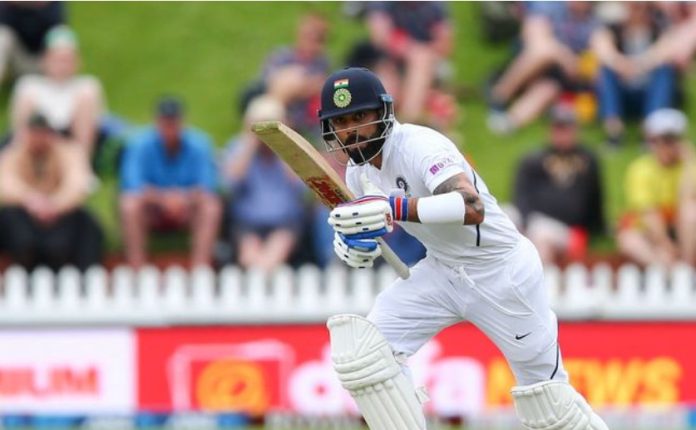 Team India and South Africa have been pushing each other to the limits in the ongoing third and final Test match at Newlands, Cape Town. Both teams had their fair share of moments in the first and second Test, with the visitors taking the first lead and the hosts coming from behind to win the second Test.

India breached the fortress by beating South Africa at SuperSport Park in Centurion. Virat Kohli and Co won the first Test by an innings and 113 runs. However, Proteas responded pretty well in the do or die game. They won the game by 7 wickets at The Wanderers Stadium in Johannesburg.

Coming to the third Test match, India won the toss and opted to bat first. Indian Test captain Virat Kohli was the pick of the batters as he scored a brilliant half-century. Cheteshwar Pujara also supported really well by scoring 43 runs including seven boundaries.

Indian Test captain put his tools to good effect as he was spot on with his feet movement while also working really hard against the Proteas bowlers. The right-handed batsman who brought up his first fifty in the ongoing series grew from strength to strength as the game progressed.

He got off the mark with a world-class cover drive and then calmly approached the innings. However, during the 52nd over of India’s batting, there was a full-hearted caught-behind appeal against Virat off Duanne Oliver’s delivery.

Meanwhile, South African wicketkeeper Kyle Verreynne was confident that Kohli got a faint edge off his willow. Nonetheless, the TV replay suggests that there was enough gap between the ball and bat. As a result, the skipper was adjudged not out.

Soon after TV replay confirmed that Kohli was declared not out. Soon after the decision, the Indian captain was seen having a candid chat with the opposition players. Kohli ended up scoring 79 runs including 12 fours and a six before getting dismissed by Kagiso Rabada