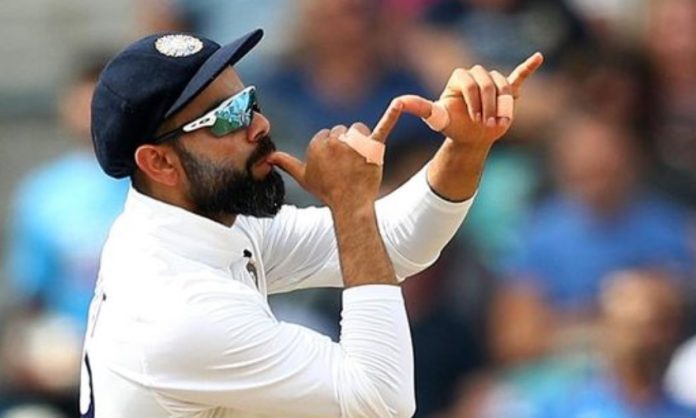 Team India are now in the driving seat against South Africa in the ongoing third Test match at Cape Town. Despite not batting well in the first inning, they put all their bowling weapons into operation. Rightly so, they successfully managed to get rid of the entire South African batting department.

On the contrary, Jasprit Bumrah performed really well for India as he took five wickets to his name. He registered his seventh fifer in Test cricket. Mohammed Shami and Umesh Yadav managed to pick up two wickets each whereas Shardul Thakur took a solitary wicket.

During South Africa’s first innings, when they lost six wickets, Marco Jansen was trying his best to support his partner Keegan Petersen. The duo were trying to pick singles and score boundaries according to the situation. They added just 17 runs in the partnership before Jansen was clean bowled by Jasprit Bumrah.

However, during Jansen’s stay at the crease, he attempted to play a shot off Mohammed Shami. The right-handed batsman timed the ball towards the cover region in the slightest hope that it would travel for a boundary. However, the Indian fielder was there to stop it.

Meanwhile, Kohli ridiculed Jansen’s shot and his comment was clearly caught on the mic. He was heard saying, “Oh yes what a shot no run!”. When India came out to bat, they already had a lead of 13 runs but they lost KL Rahul and Mayank Agarwal for 10 and 7 respectively.

Virat Kohli and Cheteshwar Pujara are fighting it out in the middle as they are unbeaten at the crease on 14 and 9 respectively. India scored 57/2 at the end of Day 2 and are leading by 70 runs.