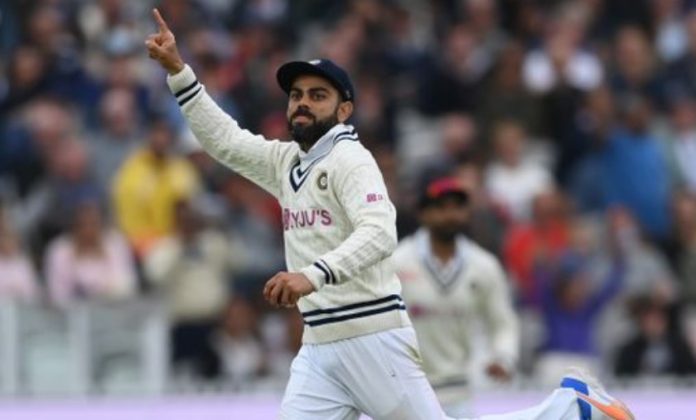 Virat Kohli has been one of the finest fielders in the modern era. The 33-year-old has perfected the art of taking some remarkable catches in his safe pair of hands. Although he has dropped some sitters in his career, he makes up for the dropped catches by scoring runs for the team.

Overall, he has been sharp, especially at the slip. The Test captain completed a new milestone during the third and final Test match against South Africa at Cape Town. He showcased his fielding masterclass by taking two catches at the slip.

The Indian skipper also contributed to the team with the bat as he scored 79 runs to his name. His calm and composed knock included as many as 12 fours followed by a maximum. India posted 223 runs on the board in the first innings.

On the other hand, South Africa relied on Keegan Petersen’s batting masterclass as the latter frustrated the visitors by scoring runs at will. The right-handed batsman scored 72 runs with the help of 9 fours before getting outsmarted by Bumrah’s terrific delivery.

While Petersen attempted to play the shot, he ended up getting a thick inside edge as the ball instantly travelled towards the slip. Meanwhile, Kohli made a stellar effort to take a sharp catch. Petersen ended up as the top scorer for the hosts in the first innings.

Kohli celebrates the wickets.. looks towards his team dug out and shouts 'Keep Clapping Boys.. Keep Clapping' and this follows..

This guy just creates an amazing atmosphere in the match.. pic.twitter.com/ens77zqg3M

South Africa were bundled out for 210 in the first innings and were 13 runs short of India’s total. Meanwhile, India lost two wickets on Day 2 as Marco Jansen and Kagiso Rabada outsmarted KL Rahul and Mayank Agarwal. India are leading by 70 runs in the second innings with Kohli and Pujara batting on 14 and 9.