HomeCricket VideosWatch: Rishabh Pant throws away his wicket cheaply after getting distracted by...
Cricket Videos

Watch: Rishabh Pant throws away his wicket cheaply after getting distracted by Rassie van der Dussen 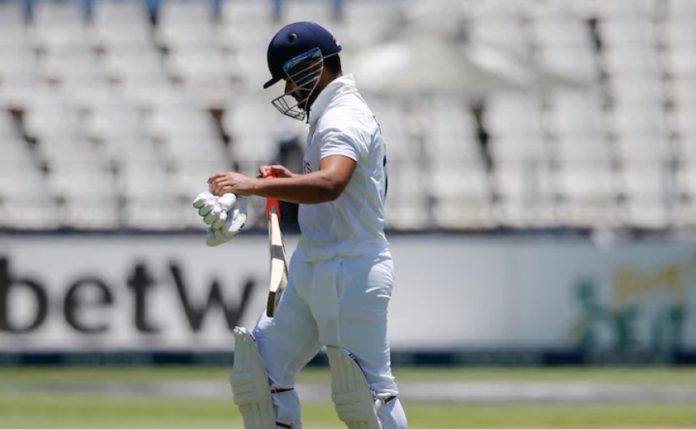 Rishabh Pant hasn’t brought the best out of himself in the ongoing Test series against Proteas. The southpaw has been struggling with his form as he was dismissed cheaply in the first two Tests. Pant didn’t even score a half-century in the last four innings.

Proteas’ bowlers laid out a perfect trap to dismiss the attacking wicket-keeper batter on all four occasions. However, his most recent dismissal against the Proteas in the second innings of the second Test at Johannesburg annoyed the Indian cricket fraternity.

Pant scored 17 runs in the first innings of the second Test and got out for a duck in the second innings. The way in which he approached the innings didn’t help him at all by any means. When he walked out to bat, Proteas fielder Rassie van der Dussen might have probably said something to him.

Rishabh Pant throws his wicket away in Johannesburg Test

Incidents of Rishabh Pant throwing his wicket away is not something new. When India were in dire need of someone to deliver the goods, Pant didn’t even realize the seriousness of the situation. The southpaw played right into the hands of the South African players.

Rassie van der Dussen sledged Pant and the latter didn’t like it one bit. The Indian wicketkeeper-batsman was also caught on the stump mic saying these words, “Keep your mouth shut”. Pant was dismissed by right-arm fast bowler Kagiso Rabada on the very third ball.

"Rishabh Pant" : Keep your mouth shut.
**And got out on 3rd ball🥺** #SAvIND pic.twitter.com/DJZPoV4xZ9

The frustrated Pant walked back to the dressing room without scoring a run. Sunil Gavaskar expressed his opinions after Pant threw his wicket away once again in a situation where batters were supposed to take responsibility to add runs to the team.

“You have got two new batsmen at the crease and then you saw that shot from Rishabh Pant. Forgettable, no excuses for that shot, no excuses. None of that nonsense about that being his natural game. There has to be some sense of responsibility shown,” Gavaskar said on commentary.

Since Pant didn’t do much to justify this selection right, he might as well be dropped for the third and final Test match at Newlands, Cape Town. Veteran wicketkeeper Wriddhiman Saha who is warming the bench might get the nod ahead of Pant for the final Test.