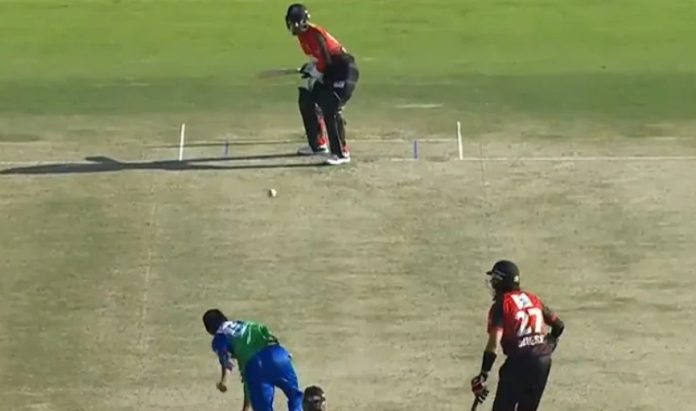 Afghanistan international Rashid Khan is one of the busiest cricketers in the world. He is someone who adds value to the team with his smart all-round potential. Rashid can not only bowl tricky deliveries to outsmart the batters but can also hit scintillating sixes with such ease.

Time and again, the pinch-hitter has made it a habit of launching the sixes off his parabellum. These things do make a big difference on the field. The Afghanistan cricketer is actively part of various T20 leagues. Earlier, he was snapped in by the Ahmedabad franchise for INR 15 crores for the next season.

Meanwhile, he is currently plying his trade for Lahore Qalandars in the seventh edition of the Pakistan Super League. Rashid Khan amplified the scoreboard by a great extent with his late blitz in the final over of the game. During 19.1 overs, Qalandars posted 188/5 but Rashid’s imperious cameo powered the total to 206/5 in 20 overs against Multan Sultans.

The Afghanistan player made sure that he made full use of the deliveries to better effect. Having played just 4 deliveries, he scored 17 runs with the help of 2 sixes and a four. During his spicy knock, he unleashed a six off his willow

Fakhar Zaman top-scored with 76 off 35 balls including 11 fours and 2 sixes. Despite posting a colossal total, Lahore Qalandars lost the game. Multan Sultans achieved the target with 2 balls to spare.

Shan Masood top-scored with 83 off 50 deliveries including 14 fours and a six but was dismissed by Rashid Khan. Shan Masood was named the Player of the Match for his supreme batting.