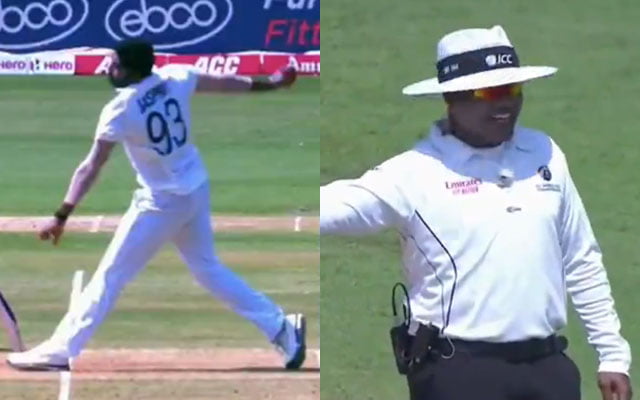 India’s fast bowler Jasprit Bumrah has had a fantastic outing against Australia in the Border Gavaskar Trophy series. The right-arm fast bowler stuck to his bowling variations of good line and length and reaped rewards for his consistency. The 27-year-old featured in the first three Test matches against Australia where he picked up 11 wickets to his name.

Unfortunately, he could not turn up for the fourth and final Test at The Gabba after missing the game due to an injury. The pacer suffered an abdominal strain during the third Test match at the Sydney Cricket Ground. So he had to sit out of the final Test. India won the game by 3 wickets as Rishabh Pant hit the winning runs to retain the Border Gavaskar Trophy.

Now, Indian players are currently in Chennai to play the Test series against England. The first Test match between India and England is currently being held at MA Chidambaram Stadium in Chennai and the Test opener is being played behind closed doors. Meanwhile, Bumrah recovered from the strain and featured in the match against Joe Root-led team.

Indian bowlers failed to provide a good start to the game. In the first ball of the second over bowled by Jasprit Bumrah, Rory Burns tried to hit the ball but ended up getting an edge. In the process, the ball went behind but Pant failed to take a catch. Burns made use of the chance and added a 63-run stand for the first wicket alongside Dominic Sibley.

Bumrah dismissed Daniel Lawrence for a duck. After the fall of two wickets, Joe Root and Dominic Sibley started to take the bowling attack to the cleaners. While Root and Sibley were at the crease, the cricket fraternity witnessed Bumrah’s hilarious antics. The fast bowler delivered a bouncer to Joe Root as the latter stood standstill without attending the ball. The ball went above his head and that too it travelled far and wide.

Meanwhile, the umpire got confused for a moment because he wasn’t really sure whether to signal a wide or a no-ball. After signalling a wide, the umpire once again realized it was a clear no-ball because Bumrah stepped over the line. The umpire Nitin Menon was seen hilarious laughing to the incident as he eventually declared it a no-ball.