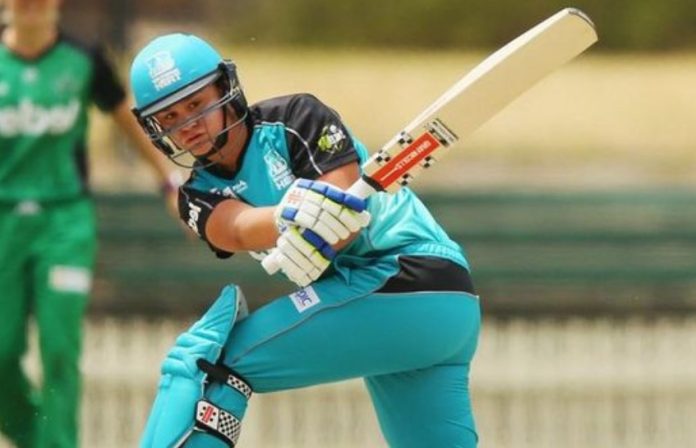 Cricket is widely recognized as one of the popular sports in the world. In fact, it is the second-most-watched sport across the globe. We have seen even football players playing the bat-ball game in their leisure time. The video clips of the same have gone viral on the internet.

Tennis is also one of the most popular sports in the world. While cricket, football, rugby, basketball function as team-based sports, tennis is termed as an ‘individual sport’. Just like all other sports, men and women play the sport, with emphasis on singles and doubles.

Ashleigh Barty plays a cricket flick during the Australian Open

She elegantly played a leg-glance with her racquet during her practice session in the ongoing Australian Open 2022. For the unversed, Ashleigh was once a professional cricketer. Notably, she has even plied her trade for Brisbane Heat in the Women’s Big Bash League.

The right-hand batter has collected 68 runs from 9 WBBL matches. She registered her best score of 39. Australian tennis player won the 2021 Wimbledon title. In fact, she took a break from Tennis in 2014 and went on to represent Brisbane Heat in BBL 2015 season.

Nevertheless, she returned to tennis in 2016 and bagged her maiden Wimbledon title in 2021. The 25-year-old is currently ranked No.1 in the Women’s Tennis Association rankings in the wake of her consistent performances.

CricBouncer is an online news portal covering all the latest happenings related to Cricket world.
Contact us: co[email protected]