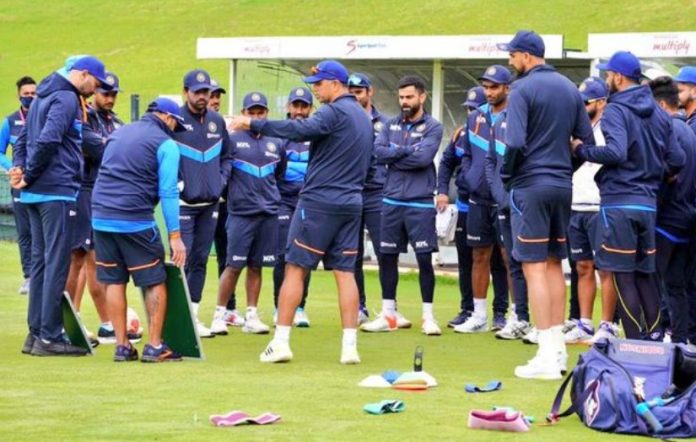 Indian cricket players have already arrived in Johannesburg on Friday. Upon arrival, they have successfully completed their mandatory quarantine spell of one day. After that, they were involved in a warm-up session in the form of footvolley.

The video clip of the same went viral across social media portals. Meanwhile, the Indian players, the coaching staff are currently staying at a resort in South Africa. This means they will have enough space to roam around in an open environment.

Cricket South Africa (CSA) booked the resort for Team India. The Indians are here for an important overseas assignment as they will play three Tests followed by three ODIs. The Test opener kicks off on December 26 at SuperSport Park in Centurion.

Boxing Day Test will kick off without spectators: Reports

If reports doing the rounds are to be believed then the Boxing Day Test match between South Africa and India will be played without the spectators. Reports suggested that the SuperSport Park in Centurion did not put the tickets for sale for the Test.

This confirms that as per the report, the Boxing Day Test will not see the fans. The reports added only a few suite holders and delegates will be permitted to watch the first Test match live in Centurion. The report further added that due to the rising cases in the rainbow nation, CSA decided not to sell the tickets.

As of now, no tickets are put for sale even for the second Test of the three-match series. The second Test is scheduled to begin on January 3 at The Wanderers Stadium, Johannesburg. The third Test begins on January 23 at Newlands, Cape Town.