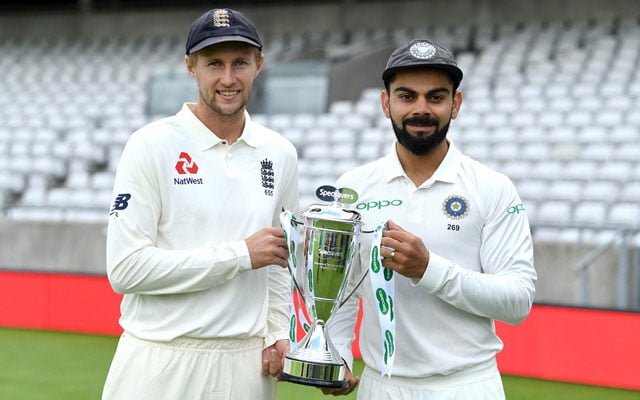 The Board of Control for Cricket in India made it clear that the players who test positive for coronavirus in Mumbai shall not take the flight to the UK for the ICC World Test Championship final and the five-match Test series in England. There are no doubts about that whatsoever.

The Indian cricket team is set to fly to England on June 2. They will be kick-starting their tour with the ICC World Test Championship final against New Zealand. The inaugural edition of the WTC is scheduled to be held on June 18 in Southampton. It remains to be seen which team will come out on top.

After the ICC marquee event, the Indians will stay back there. They would be free in July and will step out on the field against England in the five-match Test series starting from August 4. However, the BCCI are more worried about resuming the rest of the Indian Premier League.

BCCI is planning to reschedule the 14th edition of the IPL which was suspended earlier this month after coronavirus cases inside the bubble of 4 teams. If reports doing the rounds are to be believed, then the likes of England, Sri Lanka and the UAE emerged as options to finish the tournament.

If IPL is to be played in England, the BCCI gets a small window of a couple of weeks with the T20 World Cup to be staged in October-November later this year either in India or the United Arab Emirates (back-up venue). So far, 29 matches have been done and dusted. With 31 games to be played, the two-week window is very small.

This is the reason why the BCCI and the England and Wales Cricket Board (ECB) are in talks to tweak the forthcoming five-match Test series between India and England. If the series is cut short, the ECB would want the IPL to happen in England.

“BCCI and the ECB are in discussions to tweak the five-Test series. Details of those discussions aren’t public yet. But in whichever manner the ECB agrees to tweak the Test series, they will want the IPL in England because the counties can earn from it. There’ll be a good chance of a quid pro quo,” the source in the know of developments said according to the Times of India.

Sources also stated that England remains the primary option for IPL but UAE and Sri Lanka cannot be disregarded either. “Only if costs are escalating to a point where it starts affecting stakeholders, the BCCI will consider the UAE as the second option for the IPL. On that front, we aren’t even discounting the idea of hosting the IPL in Sri Lanka,” the sources further added.