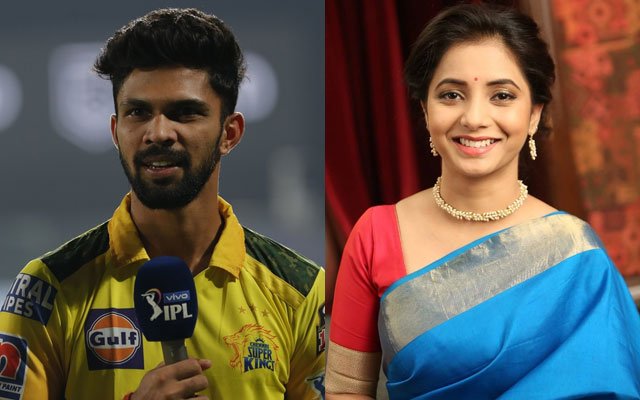 Ruturaj Gaikwad certainly was one of the brightest prospects for Chennai Super Kings in the 2020 edition of the cash-rich Indian Premier League. He was one of the very few players who showcased his mettle especially in the last three games of the group stage in the United Arab Emirates.

The Pune-born batsman took his batting to the next gear by scoring 3 fifties in the last 3 games and his useful contribution helped the Super Kings sign off their dreadful season with 3 straight wins and as a result, they finished seventh in the IPL 2020 points table, just above the Rajasthan Royals.

Since then Gaikwad became one of the important members of CSK and that’s how to create an instant impact. It should be noted that he was dropped from playing XI after a horror show in the first 3 games last season. However, he made a fantastic comeback as an opener where he ended the last season with 204 runs in 6 games.

Even during the recently-suspended IPL 2021, he impressed everyone with his formidable opening partnership with in-form Faf du Plessis. He scored 196 runs in 7 games including 2 fifties. Meanwhile, CSK opener Gaikwad reacted after the widespread rumours of his relationship with Marathi actress Sayali Sanjeev went viral on the internet.

The rumours went viral in no time soon after Gaikwad commented on a recent Instagram post from Sayali. The actress also took note of the comment and also replied to his compliment. It all started when Sayali took to her Instagram handle to share some pictures of her.

The Maharashtra cricketer responded to the post of Marathi actress as he wrote – “Woahh”. Sayali was quick to reply with some heart emojis. The friendly exchange between the cricketer and actress was just enough for the fans to trigger rumours of their relationship on social media channels.

However, the 24-year-old CSK cricketer shut down the rumours with a post in his Instagram story. His post was in Marathi and his translation reads: “Only bowlers can take my wicket, that too clean bowled. Not anyone else. And whoever wanted to understand, have understood”.