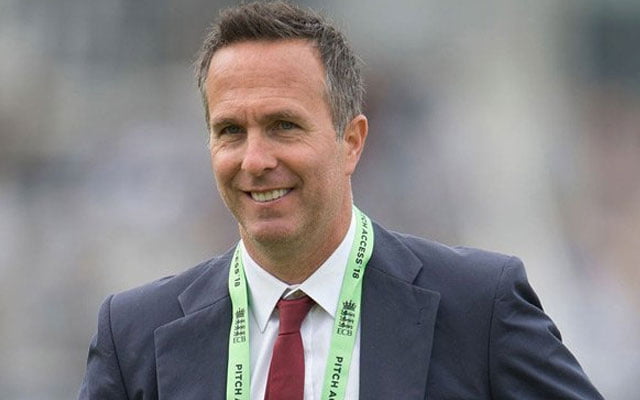 Former England captain Michael Vaughan knows how to draw the attention of the netizens on social media. Vaughan who has captained England across formats during his playing days has been quite active on Twitter nowadays. He has been following a lot of Indian cricket and when they lose just 1 game, he just loses his mind and roasts the Indian team.

Recently, Team India didn’t start the first T20I on a positive note. They succumbed to England bowlers’ pressure throughout the innings. The hosts could muster a mediocre total. They lost the game by 8 wickets after they failed to defend the total.

England took a 1-0 lead in the series. After the game, Vaughan dropped his opinion which angered the Indian fans. The former cricketer highlighted that Mumbai Indians are a better T20 team than the current Indian cricket team. His tweet received a lot of negative responses from Indian fans.

Vaughan once again irked the Indian fans after taking a dig at the Indian team for poor fielding in the second T20I at Narendra Modi Stadium in Ahmedabad. Meanwhile, fans decided to target him by digging up an old video clip of Vaughan fielding during the game.

The video clip of Vaughan’s poor fielding is doing the rounds on the internet. The clip shows Vaughan diving in order to save a boundary but he failed to do so. Some fans were of the notion that Vaughan made a schoolboy error as the ball went underneath him.

Talking about the second T20I, India made a fantastic comeback as they defeated England by 7 wickets to level the series 1-1. It will be interesting to see how they turn up for the next game which is slated to be played at the same venue on March 16, Tuesday.