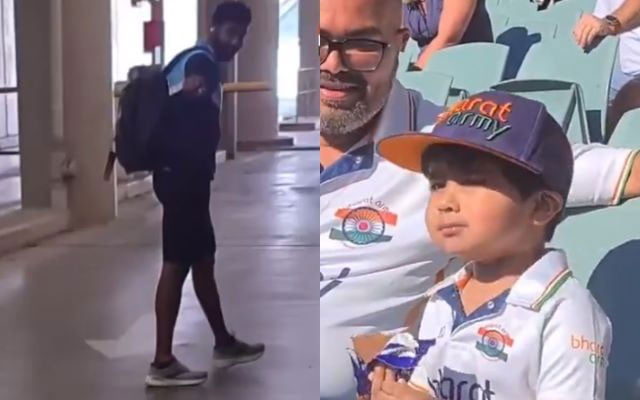 The first Test match between Australia and India ended on a disastrous note for the visitors. When Virat Kohli’s army was on top of the game at least in the first innings, things did turn upside when the second innings progressed. With a lead of 63 runs, India were supposed to be on the driver’s seat when they resumed Day 3 with 9/1. But what happened next was a complete humiliation.

The hosts well and truly dominated the pace bowling attack as the likes of Josh Hazlewood and Pat Cummins ripped through the defence of India’s batting line-up. The visitors were restricted to 36/9, which is their lowest score in Test cricket history. Team India will play the last three Tests without their captain Virat Kohli who flew to India to be with his wife Anushka Sharma as the couple are expecting the birth of their child.

For the first two days of the game, both teams showcased sheer strength at the Adelaide Oval. India posted 244 in the first innings while Australia ended up posting 191. On Day 2 of the pink-ball affair, a cute boy turned up at the stand only to support Team India and his hero Jasprit Bumrah. The cameraman who had captured some candid moments at the stands panned his cameras onto the boy.

The boy identified as ‘Jiyan’ from Bharat Army Adelaide was seen shouting the world-class pacer’s name ‘Bumrah! Bumrah!’ in high pitch voice. What really drew everyone’s attention was that the small kid couldn’t pronounce the player’s name properly which was the most cutest thing that happened on Day 2. The video of which went viral on the internet.

But little did he know that he would go on to meet his idol. Recently, the Bharat Army came up with the latest post on Twitter that showed the small boy meeting his hero Jasprit Bumrah at a safe distance.

The post read- “A fanboy moment for Bharat Army’s biggest @Jaspritbumrah93 fan Jiyaan as he gets to meet his hero! Brruuumraaah ! (From a social distance!) #BharatArmy #TeamIndia #AUSvIND #BAFamily #COTI Flag of India @mipaltan”.

Jasprit Bumrah was one of the top bowlers for the visitors in the first innings. The pacer picked 2 wickets to his name and he knows exactly what needs to be done to help his team level the series in the next game. The Boxing Day Test is scheduled to be held at the MCG on December 26.