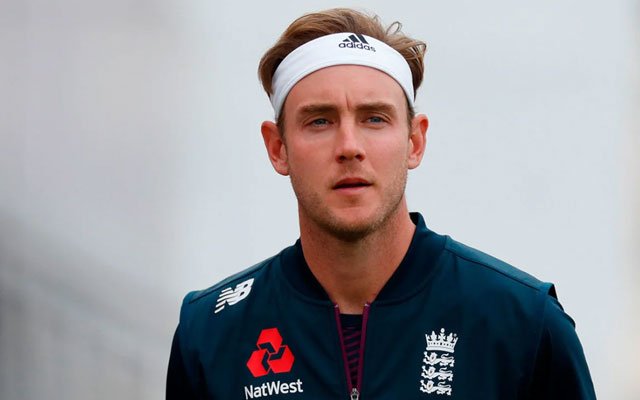 In the latest development in the England cricket team, experienced campaigner Stuart Broad has been appointed the vice-captain. The veteran pacer will serve as Joe Root’s deputy for the upcoming two-match Test series against New Zealand.

The first of the two-match Test series is scheduled to begin on June 2 at Lord’s while the second Test will kick off on June 10 at Edgbaston. It is to be noted that Broad was appointed as vice-captain in the absence of Jos Buttler and Ben Stokes.

While all-rounder Stokes has been unavailable for the series owing to injury, Buttler has been given rest. Broad’s teammate James Anderson was the vice-captain on two significant tours namely 2017-18 tours to Australia and New Zealand.

The 34-year-old pacer has a pretty decent experience as far as captaincy is concerned. He also previously skippered England in 27 T20Is and 3 ODIs. The veteran cricketer has represented England in 146 Tests and has bagged as many as 517 wickets to his name.

England likely to give chances to a few fresh faces

England will play the Test series without the likes of Ben Stokes, Jos Buttler, Chris Woakes and Sam Curran. Since all these aforementioned players are unavailable, England team management is likely to give opportunities to a few new faces.

The likes of pacer Ollie Robinson and wicketkeeper-batsman James Bracey are likely to make their debuts in this Test match. Olly Stone and Craig Overton are likely to feature in the pace-bowling department led by James Anderson and Stuart Broad.

On the other hand, Jack Leach will lead the spin-bowling department. The top order comprises regulars like Dom Sibley, Rory Burns and Joe Root. The likes of Zak Crawley and Ollie Pope are expected to retain their position in the playing XI. With wicketkeeper Ben Foakes not being a part of the squad, James Bracey is expected to receive the nod ahead of Sam Billings.