Home Cricket News You are always a leader when you are a senior member of...
Facebook
Twitter
WhatsApp
Email
Telegram
Copy URL 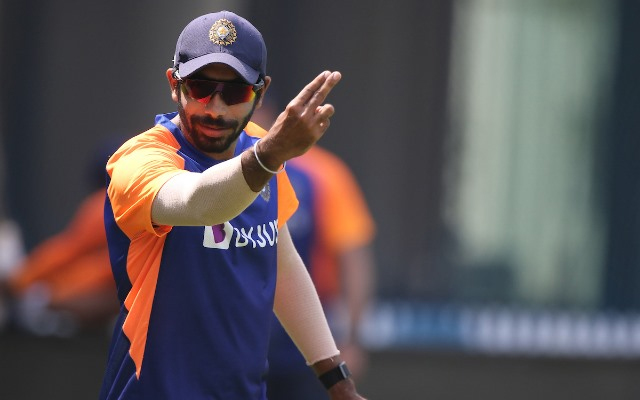 Ace fast bowler Jasprit Bumrah has stated that captaincy is just a ‘post’ he never wants to take up the role just for the sake of ‘personal satisfaction’. With Virat Kohli relinquishing leadership duties, Bumrah’s name has emerged to take up the job in the next few years when Rohit Sharma pass on the baton.

Bumrah has also been named as Rohit’s deputy in the ongoing series against Sri Lanka, in the absence of KL Rahul. However, he is not too keen to lead India; however, added that it will be a great honour for him if he gets the opportunity.

In a conversation with Ravichandran Ashwin on the latter’s YouTube channel, the fast bowler said, “I don’t like to chase things because I don’t want to. See I am a person who believes that God has a plan and everything will find out its own way, so I don’t like to hamper things that are there. I never try to change anything.

Whatever role is asked of me I would do it with the best ability that I can. I don’t want to change the whole organisation, you are always a leader when you are a senior member of the team so it’s just a post that comes with you.”

You play the leadership role even when you are not asked to: Jasprit Bumrah

“Basically, you try to help all the people in whatever capacity you can. Even in Mumbai Indians, you have got a lot of senior players but now I am one of the senior players as well so you help the captain, you help everyone, you play the leadership role even when you are not asked to.

That’s how I look at it. I never want to, you know, just for personal satisfaction have that okay I want to be in this I have to be the captain. It’s just a post, it’s just a name, you have to do your job and you have to help people in the best way you can.”, Jasprit Bumrah added.

Jasprit Bumrah announced himself during the 2013 edition of the Indian Premier League when Mumbai Indians unleashed him against the best batters in the world. Since then, he has gone on to become one of the finest pacers India has produced.

He will be next seen in action during the two-match Test series against Sri Lanka, starting March 4 in Mohali.