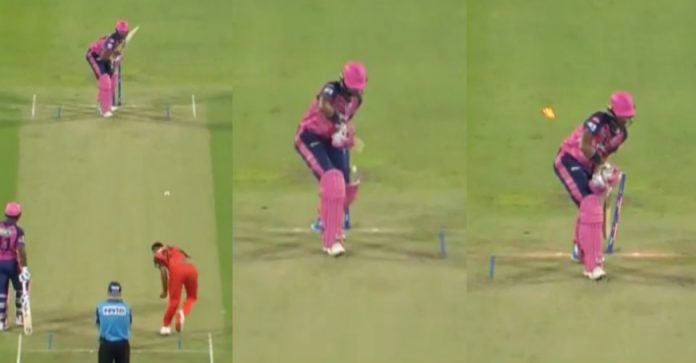 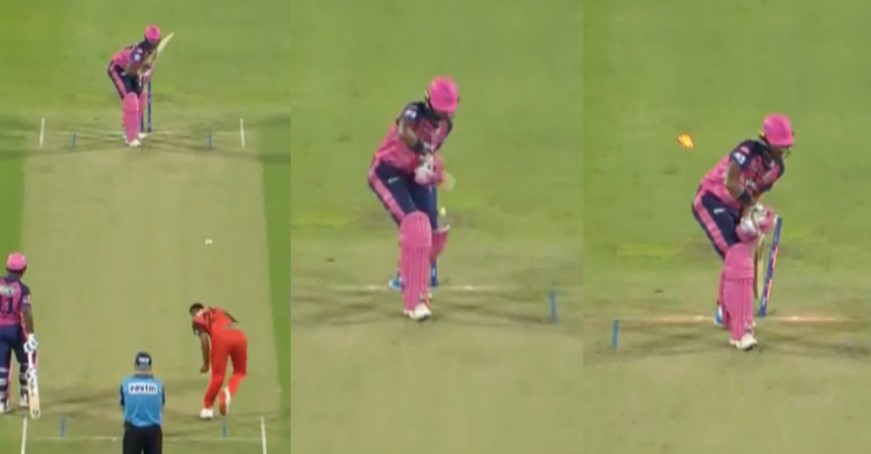 The likes of CSK, MI, RCB and LSG lost their opening game. On the other hand, KKR, DC, PBKS and GT got off to a dream start in this season. The fifth game of IPL 2022 season between Sunrisers Hyderabad and Rajasthan Royals is taking place at MCA Stadium in Maharashtra.

SRH captain Kane Williamson won the toss and opted to bowl first. Rajasthan Royals dictated terms with the bat as they scored 210/6 in their allotted quota of 20 overs. Sanju Samson top-scored for the Royals with 55 off 27 balls. The skipper slammed 3 fours and 5 hits over the fence.

During Rajasthan Royals’ innings, Devdutt Padikkal was one of the batters who played sensibly apart from Sanju Samson. The southpaw scored 41 off just 29 balls with the help of 4 fours and 2 sixes at a strike rate of 141.38.

While he was en route to scoring a brilliant fifty, his innings was cut short by Umran Malik as the latter made a complete mess of the batsman’s stumps. The video clip of Umran Malik outsmarting Padikkal has gone viral on social media.

Sunrisers Hyderabad retained the uncapped Indian bowler Umran Malik for Rs 4 crore ahead of the auction. He delivered the goods quite well by taking 2 wickets to his name.

Renowned commentator Harsha Bhogle praised the youngster on Twitter. He wrote, “Umran Malik is so exciting. He has raw pace which can’t be learnt. Now it is upto coaches and captains to make him special.”

Also Read: “In prep for IPL next year” – Chris Gayle post a photo from his workout session