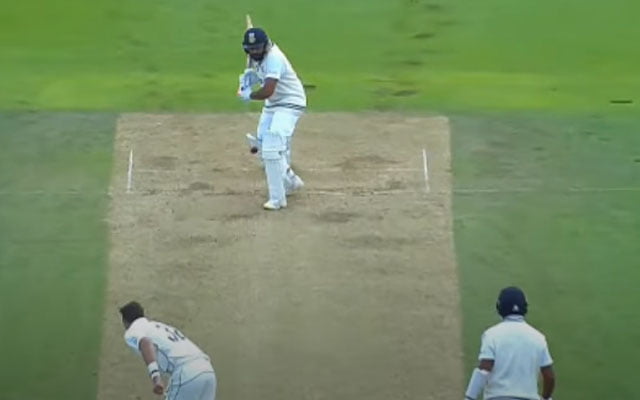 It has never been so easy for Rohit Sharma to perform as an opener in overseas conditions. Although he has been working beyond the bounds of possibility, he still hasn’t succeeded as an opener. The fans are still waiting for him to score his first Test century away from India.

His performances in the last 6 innings show that he has indeed worked really hard but failed to score big. Usually, when Rohit gets set, there is no stopping him, especially in limited-overs cricket. However, in Test cricket, he is still miles away from reaching the goal.

Rohit scored one fifty in the last 6 innings. Apart from that, he managed to score 44 and was only 6 runs short of another fifty. He also batted quite well in both the innings of the ICC World Test Championship. He scored 34 in the first innings, caressing as many as 6 boundaries.

As far as the second innings is concerned, he looked good right from the word go. Despite losing Shubman Gill in the 11th over, Rohit remained calm and patient to play shots. He smashed 2 fours and managed to get to 30-run mark before he was dismissed by Tim Southee.

The biggest-ever challenge for an opener is to play in overseas conditions in the purest form of the game. There would be a tremendous movement of the ball and it is literally tough to play shots early on in the game. Tim Southee was bowling really well from the start as he dismissed Shubman Gill early on.

The right-arm fast bowler delivered an absolute peach of an inswinger and to which Rohit had no solution to respond to the ball quickly. He made a hasty decision by leaving the ball but the red cherry went on to hit Rohit’s pads. The on-field umpire Michael Gough raised his finger.

Cheteshwar Pujara and Rohit Sharma had a quick chat about it and Rohit decided not to take the review. Meanwhile, India lead by 32 runs as they ended Day 5 with 64/2. Pujara and Kohli are batting on 12 and 8 respectively. It remains to be seen how the WTC final transpires on the final day.