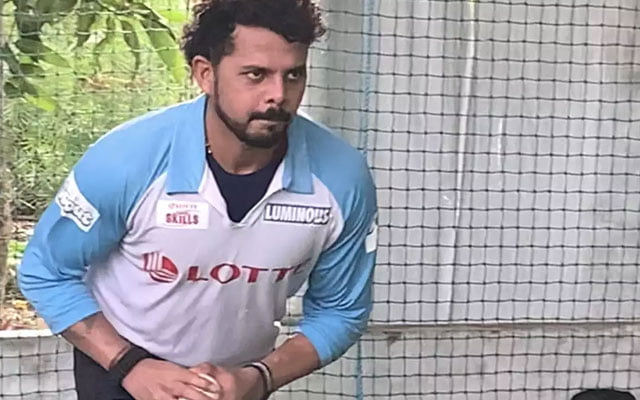 Sreesanth was one of the important parts of Indian cricket history. He was part of the team that won ICC T20 World Cup 2007 and ICC ODI World Cup 2011. Everything was moving smoothly for Sreesanth until he went into the dark zone after he was found guilty in the 2013 Indian Premier League (IPL).

The right-arm fast bowler has had a controversial career in IPL, which was ruined by slap gate controversy involving Harbhajan Singh, a rift with Rajasthan Royals’ coach Paddy Upton including match-fixing allegations. All these controversies resulted in getting a life ban from the sport. Ever since then, he hasn’t played any competitive cricket.

India’s cricket body, Board of Control for Cricket in India (BCCI) also punished the speedster for bringing shame to the gentleman’s game. Nonetheless, after seven years of struggle, his suspension finally came to an end on September 13, Sunday.

The fast bowler maybe 37 years old but he is fit and raring to get back into action. The veteran seamer also chipped in with a string of tweets and pretty much excited for his return. He also added that even into his late 30s, he still has up to seven years of cricket left in him.

“I’m completely free of any charges nd anything nd now gonna represent the sport I love the most.will give my very best to every ball I ball even it’s just practice.just have another 5 to 7 years max to give it all I’ve got nd I will give the very best to any team I play,” Sreesanth wrote.

Meanwhile, a video clip of Sreesanth is doing the rounds on social media, where the pacer can be seen delivering a lethal ball to a batsman. Sreesanth who is known for bowling toe-crushing yorkers in his heydays hasn’t forgotten his class even today.

In the video, Sreesanth was seen bowling a deadly toe-crusher to the batsman, who hardly had a clue to middle the ball. Kerala head coach Tinu Yohanan added that Sreesanth’s comeback depends on his form and fitness.

Sreesanth was last seen playing a first-class match on February 2013. His last match appearance came for Rest of India (ROI) against Mumbai at the Wankhede Stadium.

India vs England 2021: Hardik Pandya loses his calm at fans after they fail to return ball in time

India vs England 2021: Washington Sundar and Jonny Bairstow indulge in a war of words

India vs England 2021: KL Rahul’s acrobatic effort at the boundary line stunned everyone