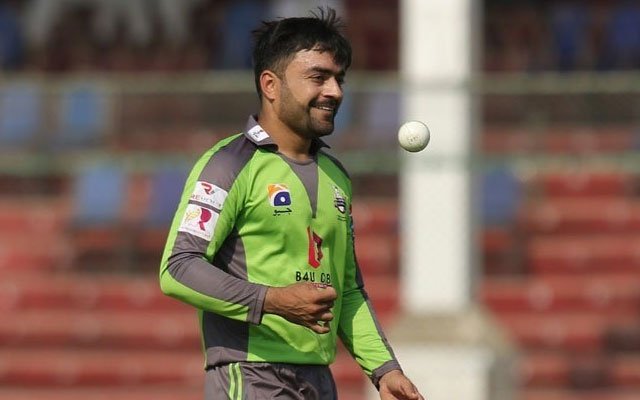 Afghanistan all-rounder Rashid Khan is one of the best young cricketers in the world. He is one of the most sought-after players in the truncated version of the game. He has an incredible experience of playing in T20 cricket all across the globe. The Afghan is loved and admired by fans in the cricket fraternity.

We all know that the sport keeps on evolving from time to time and there is always competition among the players. As the game evolves, even cricketers tend to evolve to make a case for themselves in the longer run. We all know Rashid Khan as an intelligent spinner but he is also a technically gifted cricketer.

The bright young prospect has plenty of weapons in his bowling arsenal to dismiss batsmen in crunch situations of the game. Apart from his bowling credentials, he improved his batting performance as well. He proved time and time again he can also smash the balls over the fence. The right-handed batsman just loves to swing the bat against the pace of the ball to hit a huge six.

Rashid Khan swings the bat for a sensational six

The young all-rounder is currently plying his trade for Lahore Qalandars in the sixth edition of the Pakistan Super League. Rashid Khan showcased his batting skills during the run-chase and helped his team chase down the target against Peshawar Zalmi. Afghanistan’s talented cricketer became the talk of the town after his match-winning cameo.

He hit the balls quite well till the end of the innings and secured an emphatic win for his side. The all-rounder scored 27 runs off 15 balls. Rashid helped his team win the game by 4 wickets with 9 balls to spare. During his innings, he hit a sensational six to hand Lahore Qalandars the win. The video of him hitting a scintillating six is doing the rounds on social media.

Fans, former and current cricketers reacted to Rashid’s six on Twitter. Sarah Taylor took to Twitter and wrote “Teach Me”. Rashid Khan’s impressive form is also good news for Sunrisers Hyderabad. He will be looking forward to joining SRH side in the upcoming season of the Indian Premier League.