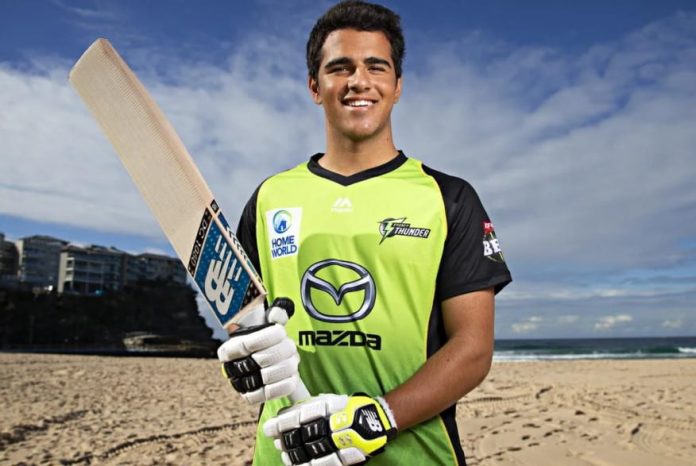 Australia’s franchise cricket league, so-called the Big Bash League has well and truly entertained the fans in many different forms. We have come across batters launching the balls out of the park and that might be only the one side of the story. The bowlers also didn’t shy away from having a go at the batters.

In fact, even the fielders provided a big deal of entertainment by taking stellar catches on the field. This is precisely the reason why T20 cricket is probably the best entertaining format in the world. Case in point, the 11th edition of the Big Bash League has indeed lived up to the expectations of the fans.

The ongoing competition saw players bringing the best out of themselves for their respective franchises. Meanwhile, the 28th game of the BBL match between Adelaide Strikers and Sydney Thunder made the headlines for one particular moment. Ollie Davies hogged the limelight for his sensational six.

Sydney Thunder won the toss and elected to bat first. They got off to a pretty decent start in the form of youngster Jason Sangha. He took the attack to the cleaners by scoring an unbeaten 91 off 55 balls with the help of 5 fours and 5 sixes.

Meanwhile, Ollie Davies also tried his best to add flesh to the scoreboard. He scored 26 off 12 balls with the help of 2 sixes and a four. During his stance, he smacked Rashid Khan for a maximum. The Afghanistan prospect delivered a short-pitched ball and to which Davies hit over the cover region.

Cricket Australia took to their official Twitter account and posted the video along with the caption. We have to agree with the caption. It reads: “Not many can pull this off against Rashid… Outrageous from Ollie Davies! A BKT Golden Moment | #BBL11”

Not many can pull this off against Rashid… Outrageous from Ollie Davies!

Sydney Thunder posted 187/3 in 20 overs. In reply, Adelaide Strikers ended up posting 165/7 in 20 overs. Jonathan Wells top-scored with 46 off 26 balls including 5 fours and a six. Daniel Sams was the pick of the bowlers as he accounted for 4 dismissals.