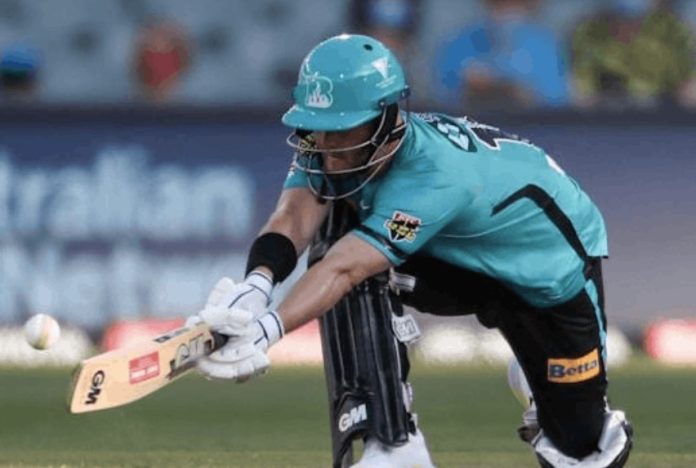 The ongoing 11th edition of the Big Bash League has witnessed enthralling moments in the passage of play. Perth Scorchers are the only team that remains unbeaten in the competition after having played six games so far this season. The three-time BBL champions accumulated 21 points with 6 straight wins at a superb Net Run Rate of +1.673.

Coming to the point, Brisbane Heat took on Melbourne Stars in the 23rd game of the ongoing season at The Gabba in Brisbane. Brisbane Heat’s scenario isn’t that good as they won two games and lost three games so far. On the other hand, Melbourne Stars are trying to get into the top four.

Talking about the game, Melbourne Stars batted first and posted a mammoth total of 207/9 in their quota of 20 overs. Joe Clarke played one of the finest innings this season as he chipped in with 85 off just 44 balls. He beautifully constructed the innings with the help of 7 boundaries and 5 sixes.

Hilton Cartwright also played really well by scoring 79 off 44 balls including 1 four and 8 hits over the fence. Mark Steketee accounted for three dismissals whereas Liam Guthrie and James Bazley took 2 wickets each for Brisbane Heat.

In T20 cricket, the batters have revolutionized the game by playing some innovative shots. Batters don’t get much time to think and respond to the deliveries and at times, they come up with fancy shots. Meanwhile, Brisbane Heat batsman Ben Duckett played an audacious reverse sweep for a maximum against Stars’ bowler Qais Ahmad.

"Shot of the day" is a big honour on a day like today!

Ben Duckett with an absolute treat for us here #BBL11 pic.twitter.com/hiyweY1dJR

Ben Duckett was one of the batters who played well in the run-chase. He scored 54 off 35 balls with the help of 6 boundaries and 2 sixes. Chris Lynn was the pick of the batsmen as he scored 57 off 34 balls including 3 fours and 5 sixes. Brody Couch took 3 wickets whereas Qais Ahmad was the pick of the bowlers as he controlled the game really well.

He conceded 26 runs in 4 overs while also bowling a maiden over. Brisbane Heat showed enough fight and ended up posting 187/9 in 20 overs. Melbourne Stars won the game by 20 runs and secured fourth place in the BBL 2021-22 points table.