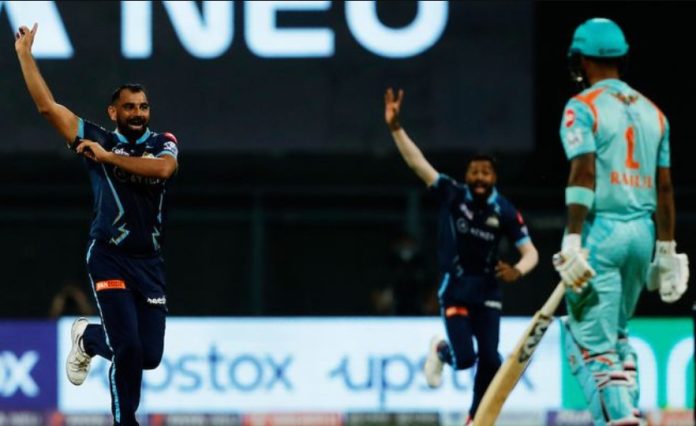 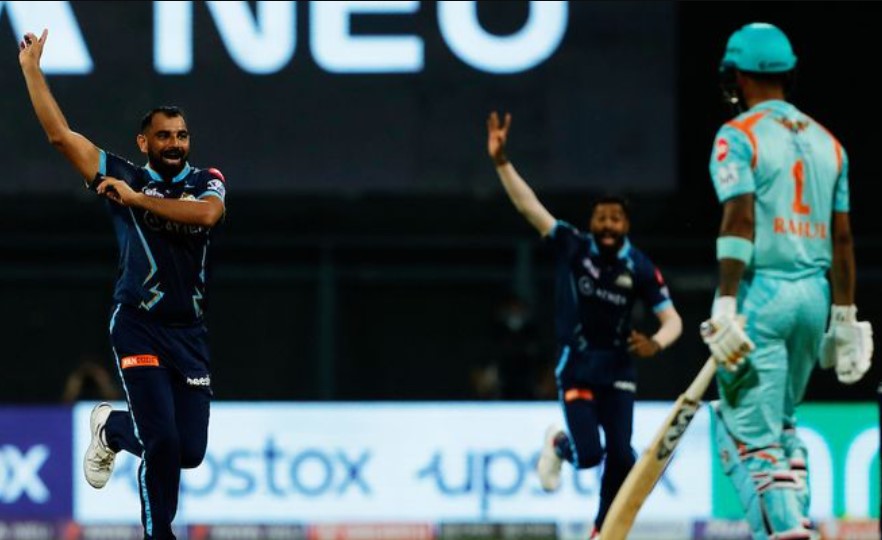 The fourth game of the IPL 2022 season between Lucknow Super Giants and Gujarat Titans is taking place at the famous Wankhede Stadium in Mumbai. Earlier in the game, LSG won the toss and opted to bowl first.

Mohammed Shami unleashed a gem of a delivery from his repertoire and to which LSG captain KL Rahul couldn’t come up with an answer. The right-handed batsman attempted to defend the ball in the first place but it backfired him in the very first ball.

KL Rahul got a huge outside edge off his bat as Matthew Wade took a good catch behind the stumps. Shami did pitch the ball at the right length and the ball movement proved to be a tough code to crack for KL Rahul.

As it happened, KL Rahul decided to defend it but ended up getting a huge edge off his bat. Although the on-field umpire was not interested with the appeal, GT captain Hardik Pandya went for the DRS. Upon viewing the dismissal on the large screen, it was learnt that KL Rahul got a thick edge.

The umpire had to raise his finger after getting confirmation from the third umpire. KL Rahul was dismissed for a golden duck. Shami also went on to dismiss Quinton de Kock and Manish Pandey, thus leaving LSG in a spot of bother.

However, Deepak Hooda and Ayush Badoni scored 55 and 54 respectively. LSG posted a competitive total of 158/6 in their quota of 20 overs. On the other hand, Mohammed Shami was the pick of the bowlers for Gujarat Titans. The veteran pacer took 3 wickets, giving away only 25 runs in his quota of 4 overs.