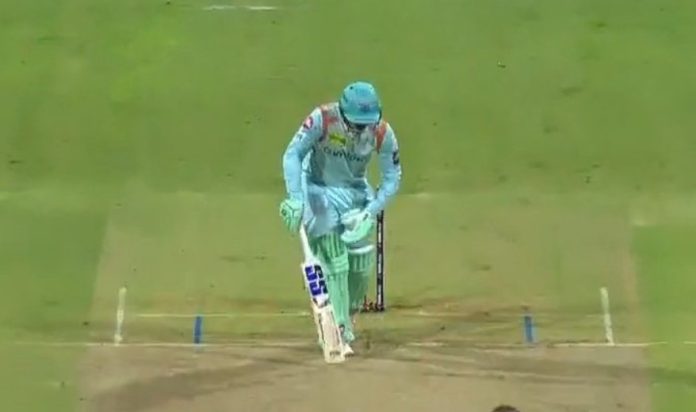 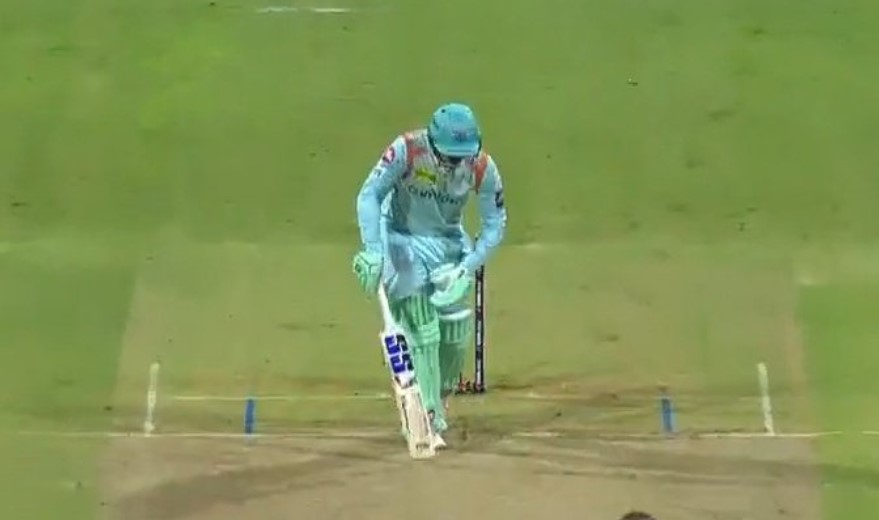 Mohammed Shami provided an early breakthrough for Gujarat Titans in the very first ball of the innings. Gujarat Titans fast bowler got rid of Lucknow Super Giants captain Hardik Pandya for a golden duck. With tricky bowling variation, Shami dismissed KL Rahul as the latter tried to defend the ball.

KL Rahul got a huge inside edge off his bat and ended up getting dismissed without scoring. Soon after the fall of first wicket, Gujarat Titans kept the Lucknow Super Giants in check. Mohammed Shami provided another breakthrough for Gujarat Titans in the third over.

During the third ball of that over, Shami dismissed LSG wicketkeeper-batsman Quinton de Kock with another gem of a delivery. Quinton de Kock couldn’t even think of playing the delivery as he was beaten all ends up.

Shami’s quality delivery proved to be a tough code to crack for Quinton de Kock as the latter failed to make a connection with the bat. As it happened, De Kock was clean bowled by the fast bowler.

Watch the video below:

Shami to de Kock, OUT. 🎯🎳
Bullseye! Gem through the gate! Fullish length angled in on middle, de Kock prods at this but it tails in and splits the gap between bat and pad hitting middle stump three quarters of the way up. pic.twitter.com/OL9hZfWge1

Quinton de Kock made his way back to the dressing room after scoring only 7 runs off 9 deliveries. In the end, LSG posted a pretty good total of 158/6 in 20 overs. Deepak Hooda top-scored with 55 including 6 fours and 2 sixes.

Ayush Badoni also played quite well as he scored 54 off 41 balls including 4 fours and 3 sixes. Shami ended up as the top bowler for Gujarat Titans as he accounted for three dismissals to his name. He leaked only 25 runs at an economy of 6.20. Varun Aaron was other bowler who took 2 wickets but he conceded 45 runs.