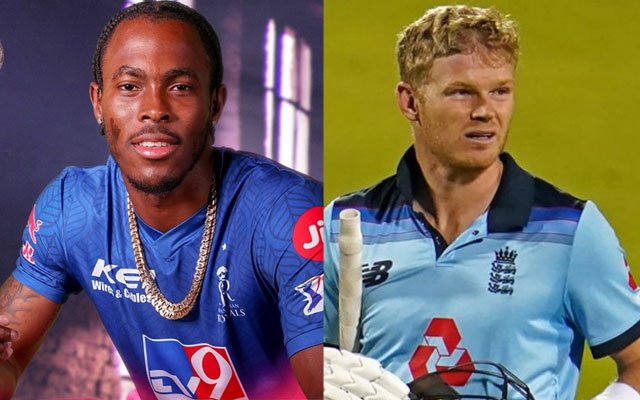 Jofra Archer is one of the integral parts of the England national cricket team. His ability to deliver the balls at a brisk pace, deliver lethal bouncers while also keeping the batsmen in check makes him one of the lethal bowlers. He represented the national team in 12 Tests, 17 ODIs and 7 T20Is.

The Barbados-born pacer took 41 wickets in Tests, 30 wickets in ODIs and 7 wickets in the truncated version of the game. He took 3 five-wicket hauls in Test cricket. He is part of the Rajasthan Royals’ outfit since 2018 and has played 35 games in the IPL. The right-arm fast bowler took as many as 46 wickets to his name.

Archer is also best known for his tweets on Twitter. His 6-7 years old tweets caught the attention of the cricket fraternity because those old tweets perfectly matched the current scenarios, with many terming him as the “Nostradamus of cricket”. Not just once but on several occasions, he had predicted the future.

Apart from that, Jofra Archer is known for his pure savage tweets on social media. He often loves to pull other cricketers’ leg and he does that quite frequently. The 25-year-old fast bowler who was rested for the second Test match against Team India in Chennai once again hogged the limelight for his savage tweet on Sam Billings.

It all started when the England international Sam Billings posted a hilarious tweet which it described about his girlfriend asking him he wasn’t a bowler. Sam Billings took to his official Twitter handle and wrote: “My girlfriend Sarah just turns to me and goes… ‘why aren’t you a bowler?’🤣.

Billings’ tweet spread like wildfire on Twitter platform with more than 1 lakh people liking his tweet and 8,000 people retweeted. England fast bowler Archer who came across the tweet had reacted to the post adding that this was the main reason why Sam Billings wasn’t really a bowler in the first place.

Archer’s response was hilarious and experts couldn’t stop commenting on his tweet. Jofra Archer who played the first Test match against India at Chepauk Stadium in Chennai took 2 wickets in the first innings and 1 wicket in the second innings. He will be looking forward to making a comeback in the third Test match which is scheduled to be played at Motera Stadium in Ahmedabad.