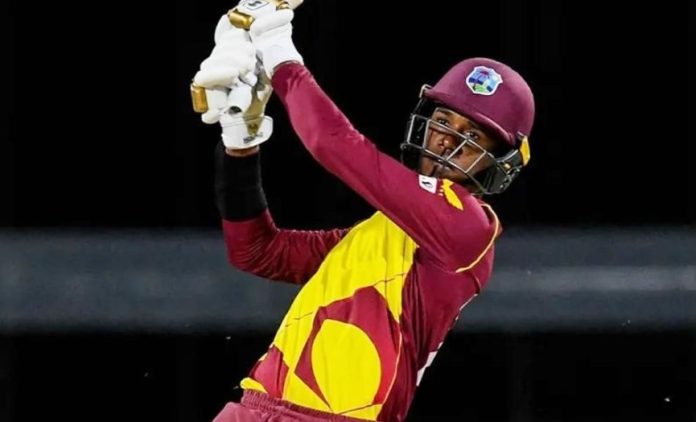 The cricket fraternity has come across thrilling encounters during the passage of play. The second ODI between West Indies and England had every snippet spice to keep the fans at the edge of their seat. The intriguing battle between the two teams had its moments in patches.

However, the best part of the game was witnessed during the last over of West Indies’ innings. The Caribbeans almost went on to win the game but England pulled off the ropes from the jaws of the defeat. When the hosts required 30 runs off the last over, it was probably an impossible task.

It is due to the fact that they lost eight wickets already in the run-chase. However, Akeal Hosein literally surprised England with his counter-attacking batting style. The southpaw targeted Saqib Mahmood in the last over as the bowler conceded a whopping 28 runs.

In reply, West Indies didn’t take off properly as they lost wickets at regular intervals. The top and middle-order batters failed to amplify the scoring rate but the lower-order batters ensured to take the attack to the cleaners. Romario Shepherd and Akeal Hosein played extraordinarily well.

Shepherd scored an unbeaten 44 off 28 balls including 1 four and 5 sixes. However, Akeal Hosein hogged the limelight as he struck 26 runs off Saqib Mahmood in the final over. Mahmood was under pressure after he bowled a wide in the first ball of the over and then nullified it with a dot ball in the next ball.

Akeal Hosein smashed two consecutive fours before Mahmood lost control and bowled wide on the fourth ball. He was then tonked for three straight sixes. He didn’t concede any extra as England won the game by 1 run.