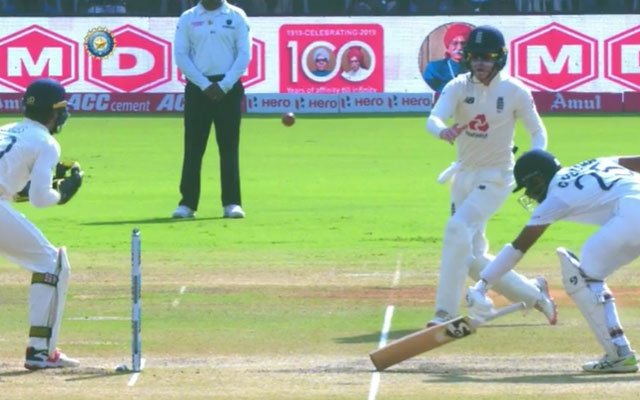 Team India started the second Test match against England with a bang. After losing the first Test in Chennai, they were already under immense pressure. However, after winning the toss and electing to bat first, things went really smooth for the Indian cricket team.

Despite losing Shubman Gill early on in the game for a duck, Rohit Sharma went about his business from the word go. He struck an 85-run stand with Cheteshwar Pujara and then added a vital 162-run stand with Ajinkya Rahane. The 33-year-old opener smashed his 7th Test century and went on to score 161 with the help of 19 fours and 2 sixes.

Rahane also played quite well by scoring 67 to his name. Rishabh Pant who scored 91 in the first Test continued his good touch with the bat as he remained not out on 58* including 7 fours and 3 sixes. Team India managed to score 329 in the first innings. Moeen Ali was the star of England’s bowling line-up as he took 4 wickets to his name. Olly Stone settled for 3 wickets.

In response to India’s total, England never stood a chance to pose a threat to India as they lacked ammunition in terms of batting. Ben Foakes remained unbeaten on 42 including 4 fours and apart from him, no other batsman turned up the heat for England. Ravichandran Ashwin ripped through the defence of England’s batting as he took his 29th fifer in Test cricket.

Cheteshwar Pujara gets dismissed in a bizarre fashion

During the second innings of the second Test, Pujara got dismissed in a strange manner. During the 6th ball of the 19th over bowled by England all-rounder Moeen Ali, Pujara came down the ground in an attempt to score runs. But he flicked the ball straight to short leg. As he failed to find a gap, he tried to return to the crease.

However, it turned out to be a complicated task for him, in what should have been a normal return back into the crease. It ended up in the drama as his bat got stuck into the pitch just outside the crease. Meanwhile, Ollie Pope who was patrolling at short leg flicked the ball straight to keeper Ben Foakes as he whipped the bails out to dismiss Pujara. The batman also did not get his foot back in time as he was run out after scoring 7.