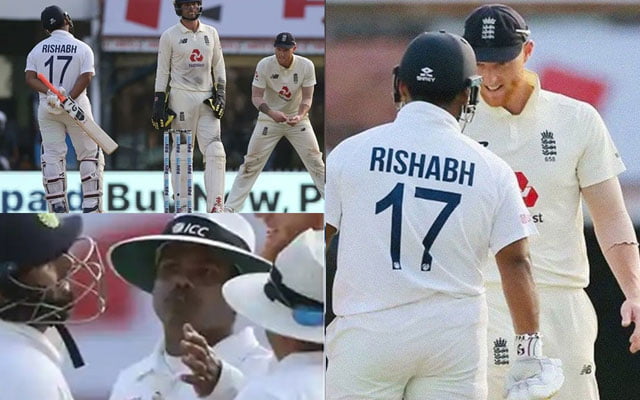 It seems Team India may not turn to Wriddhiman Saha anymore because Pant has already established himself as the No.1 wicketkeeper-batsman for Team India. He played a substantial role in the third and fourth Test match against Australia where he chipped in with 97 and 89*. His incredible 97 in SCG helped India settle for a draw.

On the other hand, he scored an unbeaten 89* in the fourth innings of run-chase at the Gabba as Team India breached the fortress by handing the hosts a first defeat since 1988. It was Pant who hit the winning runs for India as the visitors won the Test by 3 wickets and also won the series by 2-1.

Rishabh Pant continued his good form with the bat in the first Test match against England in Chennai. The young cricketer top-scored with 91 off 88 deliveries including 9 fours and 5 sixes. He drew praises for his top knock. However, India lost the first game by 227 runs.

Coming to the second Test match, England bowlers managed to get back into the game by taking 6 wickets. Earlier, Rohit Sharma scored an incredible 161 and Ajinkya Rahane chipped in with 67. During the game, Pant involved in a war of words with England all-rounder Ben Stokes.

During the fag end of the overs on Day 1, England wicketkeeper Ben Foakes and the fielders around Pant were seen having a banter with the batter. Ahead of the fourth delivery, Pant walked away from the striker’s end complaining about the murmur.

It was when Pant involved in a conversation with the on-field umpire. It was when Stokes intervened the scene and an altercation broke out between the two stalwarts. Although Stokes and Root were in a nice mood, Pant looked visibly irritated. The video clip is going viral on the internet.

Meanwhile, Rishabh Pant provided a great start by scoring an unbeaten 33* with the help of 5 fours and a six. On the other hand, Axar Patel is batting on 5*. Both the players will step out to bat on Day 2 with an intent to add runs in the first innings. Jack Leach and Moeen Ali took 2 wickets each as India finished Day 1 with 300/6.