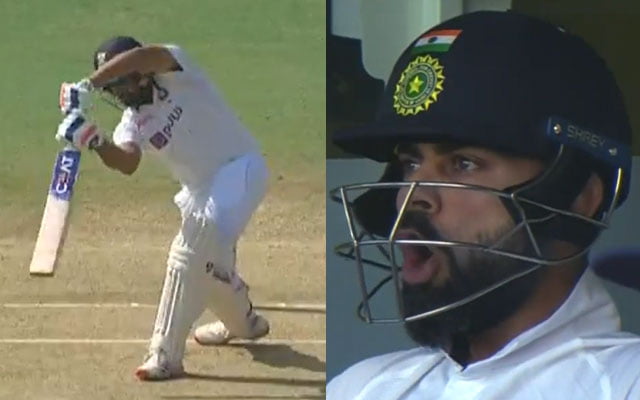 The second Test match between India and England kick-started on February 13 at MA Chidambaram Stadium in Chennai. Earlier, England took a 1-0 lead in the high-profile series by beating the hosts by 227 runs. Joe Root was named the man of the match for his spectacular 218 and 40 in the first and second innings.

After losing the first Test, Team India were under immense pressure as they had no chance other than turning the tide in the second Test. One more defeat in the series will take them out of the race for the last spot in the ICC World Test Championship final against New Zealand at Lord’s in England in June this year.

India should win two more Tests in order to stand a chance of qualifying for the ICC WTC final. Talking about the second Test, Indian captain Virat Kohli won the toss and opted to bat first. The toss was a crucial factor and wicket was quite different from the first Test match as it turned from Day 1 itself.

England provided a great start to the game in the form of Olly Stone. The right-arm fast bowler stuck to his line and lengths as he didn’t let Shubman Gill go about his business. Gill scored a half-century in the first Test failed to get off the mark as he was trapped for a leg before wicket off Stone’s bowling.

It was not the kind of start India wanted but Rohit Sharma made sure to start the game with a bang. He got off the mark with a brilliant cover drive for a boundary off England veteran pacer Stuart Broad’s bowling. The commentators and fans were in awe of the shot as they applauded the opener for his elegant shot.

Meanwhile, Indian skipper Virat Kohli was quite impressed with Rohit’s shot as he shouted: “Yes Boy”. The video clip has spread like wildfire on social media. Rohit who got out for 6 and 12 in the first Test went on to score his 7th Test century. While he looked good to score a double century, left-arm spinner Jack Leach bowled a brilliant delivery to get rid of the set batsman. Rohit departed after making 161 runs including 18 fours and 2 sixes.