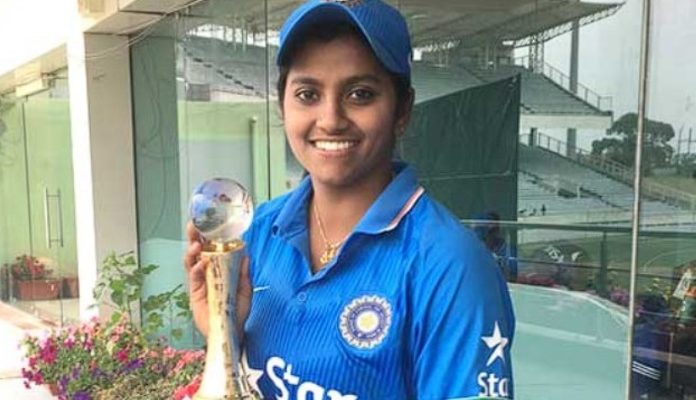 India’s veteran batter VR Vanitha has made up her mind to retire from cricket at the age of 31. She played for the Indian women’s cricket team for over three years. VR Vanitha played 6 women’s ODIs and 16 T20Is during the span of three years.

She made the announcement on her official Twitter handle. VR Vanitha announced her arrival in international when she made her debut for the Indian team in a Women’s ODI against Sri Lanka back in January 2014.

Vanitha came up with a long retirement statement where she thanked her family members, friends, mentor, and other teammates who were part of her journey. Besides that, she went on to thank the two-state associations namely Karnataka and Bengal.

VR Vanitha retires from the sport at the age of 31

For the unversed, she represented Karnataka and Bengal as far as domestic cricket is concerned. She managed to score 85 runs in WODIs and 216 runs in WT20Is. Vanitha registered her best score of 27 in ODIs and 41 in the shortest format. She was a part of India’s squad during the Women’s World T20 tournament held at home.

VR Vanitha, in her retirement post, wrote, “19 years ago, when I started playing, I was just a little girl who loved sport. Even to this day, my love for cricket remains the same. What’s changing is direction. My heart says continue playing, my body says stop and I have decided to listen to the latter. Time is ripe to hang my boots.”

And this lovely innings comes to an END ! pic.twitter.com/ZJw9ieXHSO

She further added, “I hereby announce my retirement from all forms of cricket. It’s been a journey of struggles, joy, heartbreak, learning and personal milestones. While there are a few regrets, I’m grateful for the opportunities I got, especially to represent India.” She called her retirement from the sport “not the end but the beginning of a new challenge”.

It is worth mentioning here that during the 2021-22 domestic season, she guided Bengal to the semi-finals of the Women’s Senior One-Day Trophy. She aggregated 225 runs to her name where she chipped in with 61 against Andhra and a 71-ball 107 against Hyderabad.