Steve Smith does not fit into the Delhi Capitals playing XI: Gautam Gambhir 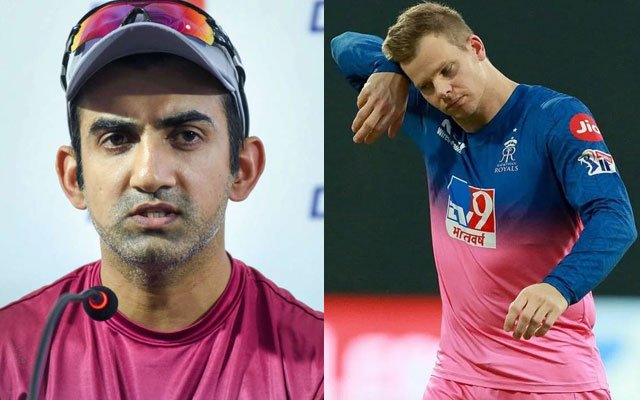 Australia’s talisman batsman Steve Smith hardly scored runs as he struggled for form in the previous season of the Indian Premier League. He managed to score 311 runs in 14 games at a batting average of 25.91, which is pretty much low considering a player of his calibre. The Royals made a big decision by releasing him ahead of the IPL 2021 auction.

The Right To Match cards are usually available only in the mega-IPL auction. Since the IPL 2021 auction was mini, the RTM was permitted to be used. Steve Smith eventually parted ways with Rajasthan Royals. The former Australian cricketer was roped in by Delhi Capitals for INR 2 crore.

Overall, Smith has played 95 matches in the Indian Premier League where he scored 2333 runs with a batting average of 35.34 and at a strike-rate of 129.25. The right-handed batsman scored a century and 11 fifties to his name. He registered his best score of 101 while plying his trade for Rising Pune Supergiant (now defunct) against Gujarat Lions (now defunct) in IPL 2016 season.

Gautam Gambhir has his say on Steve Smith

Meanwhile, former Indian cricketer Gautam Gambhir has chipped in with his opinion on Steve Smith who was purchased by Delhi Capitals in the IPL 2021 auction. The former KKR captain added that Steve Smith doesn’t fit in the Delhi Capitals’ playing XI given the strong foreign unit they possess.

While speaking on Star Sports, Gambhir spoke about the team selection and Steve Smith’s role. “Without a doubt, Steve Smith does not fit into the Delhi Capitals playing XI. They are probably too heavy at the top of the batting order. They will not know where to put him. They have got Shikhar Dhawan, who was in very good form the last term. To add to that, they have Prithvi Shaw, Ajinkya Rahane, Shreyas Iyer and Rishabh Pant.”

It should be noted that Delhi Capitals already have enough foreign weapons and Gambhir reckons it would be tough for Smith to break into the playing XI. The IPL 2020 runners-up already have the likes of Shimron Hetmyer, Marcus Stoinis, Kagiso Rabada and Anrich Nortje.

“They will definitely play Shimron Hetmyer in the middle order. Further, Marcus Stoinis, Anrich Nortje and Rabada did really really well for them too. Now they have got Chris Woakes as well. So, I do not really see him actually in the playing XI,” Gambhir added.