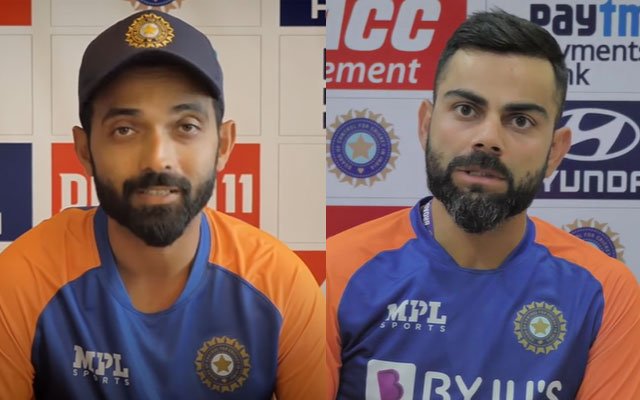 Team India’s strategy didn’t work out well in the first Test against England. While it was expected that they would be in the grand scheme of things to be in driver’s seat, their tactics diverged from the original plan. It is because England approached the Chepauk Test with a better strategy and game plan.

Although India made a comeback in the form of Ravichandran Ashwin’s six-wicket haul, England already did enough carnage and damage by extending their lead up to 419. Chasing a colossal total with a lot of youth and experienced players, they fell prey to England bowlers as they didn’t find a way to dissolve England’s threat.

India were bundled out for 192 in the fourth innings as the visitors won the game by 227 runs to take the first lead in the high-profile series. Meanwhile, Indian players would be gutted with themselves for the way they played against the visitors. It should be noted that India played at home after two years.

After India suffered a heavy defeat at home, the players were on the receiving end of trolls for their on-field performances. England silenced the hosts with complete performance and one more win against India will close the door for Virat Kohli & Co who are fighting for a spot in the ICC World Test Championship final.

New Zealand became the first team to qualify for the ICC WTC final after Australia postponed their tour to South Africa. If England wins any of the Test in the next three games, then the competition for the final spot will be between Australia and England. On the other hand, India needs to win two games out of three to stand a chance.

If you’re looking for masala, you’re not going to get it here: Ajinkya Rahane

After India lost the first Test, Indian captain Virat Kohli said, “Our body language and intensity was not up to the mark, second innings we were much better. We were better in the second half of the first innings with the bat, not the first four batters.”

Ahead of the second Test, Ajinyka Rahane was asked to speak on Kohli’s recent statement. To which, the Indian Test vice-captain said, “Yes, it’s true, sometimes players don’t have energy on the field. It’s not because the captain changed. If you’re looking for masala, you’re not going to get it here.”