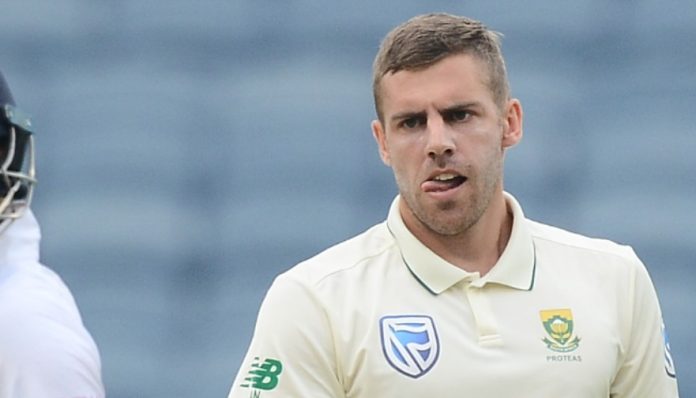 In what comes as a big blow to South Africa, fast bowler Anrich Nortje has been ruled out of the upcoming three-match Test series against India. Cricket South Africa took to their official Twitter handle and confirmed the development.

The first of the three-match Test series begins on December 26, SuperSport Park in Centurion. Earlier, multiple reports added that the Boxing Day Test between South Africa and India will be played without spectators.

This is due to the rising cases of coronavirus pandemic in the rainbow nation. Cricket South Africa confirmed that Anrich Nortje has been ruled out owing to a persistent injury. CSA further added that no replacement will be brought in for the pacer.

Anrich Nortje ruled out of the Test series against India

The caption of CSA’s latest post on their Twitter handle reads: “#Proteas Squad update 🚨 Anrich Nortje has been ruled out of the 3-match #BetwayTestSeries due to a persistent injury 🚑 No replacement will be brought in #SAvIND #FreedomSeries #BePartOfIt”.

Meanwhile, Team India are yet to make a statement in the rainbow nation. They are yet to win a Test series in South Africa. The last time when they travelled to South Africa, they lost the Test series by 2-1. However, they went on to script a historic ODI series win.